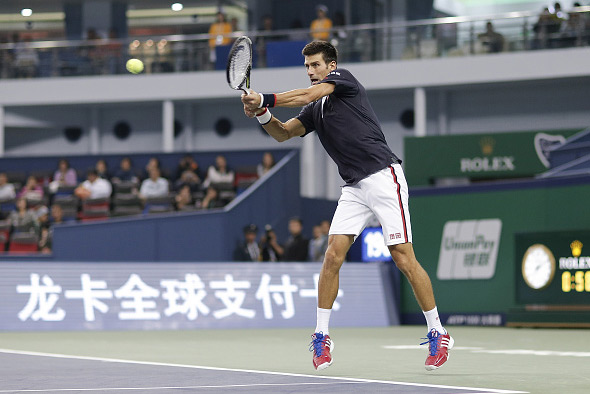 World no.1 Novak Djokovic recorded his 70th win of the season on Thursday as he reached the quarter-final of the Shanghai Rolex Masters with a convincing 6-2, 6-3 victory over no.15 seed Feliciano Lopez.

In his seventh career meeting with the Spaniard (perfect 7-0 H2H record), Novak broke twice in the first set, and once in the second, having saved all three break points he faced during the 70-minute clash.

Novak is looking to win the Beijing-Shanghai double for the third time (2012, 2013). Last week, he captured his sixth China Open crown. It marked his eighth title of the season.