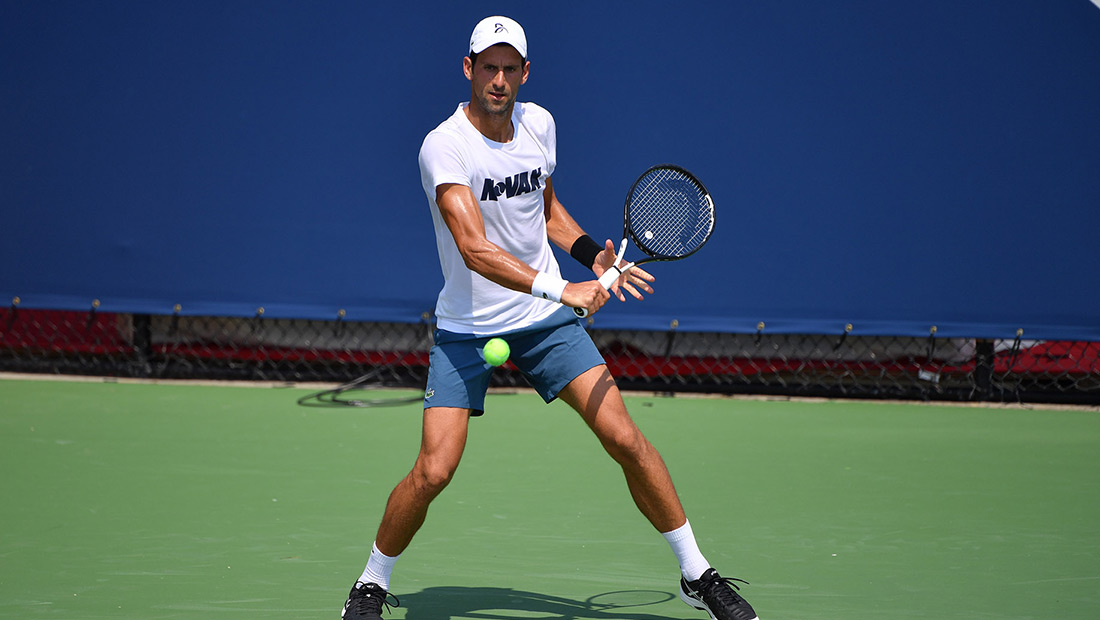 Four-time former champion Novak Djokovic earned his first win at the 2018 Rogers Cup on Tuesday, beating lucky loser Mirza Basic 6-3, 7-6 (3) for a spot in the second round.

Novak was supposed to play against Hyeon Chung but the Korean was forced to withdraw due to back problems, allowing Basic to enter the draw.

The 31-year-old Serbian ace sailed through his service games in the opening set. He broke Basic in the sixth game and closed the set with a hold at love.

Djokovic grabbed a break in the seventh game of the second set to move closer to the finish line. Mirza broke back in the following game to level and the two players traded breaks of serve once more in games 11 and 12. The ninth seed prevailed 7-3 in the tie-break, earning his 26th win of the season.

“I thought I served very well today, except those double faults in the game when I lost the break. But, in general, I worked a lot on that shot recently,” said Djokovic. “I’ve had plenty of success in Toronto and Montreal, and I wanted to start off well. I think I played a solid match. Obviously, it takes a little bit of time to get used to the new surface. The conditions here are quite different from practising in Europe or other places. So I’ll just focus on this week and see how it goes.”

The Canadian wild card advanced to the second round eliminating Australian Matthew Ebden in straight sets 7-6 (3), 6-4.