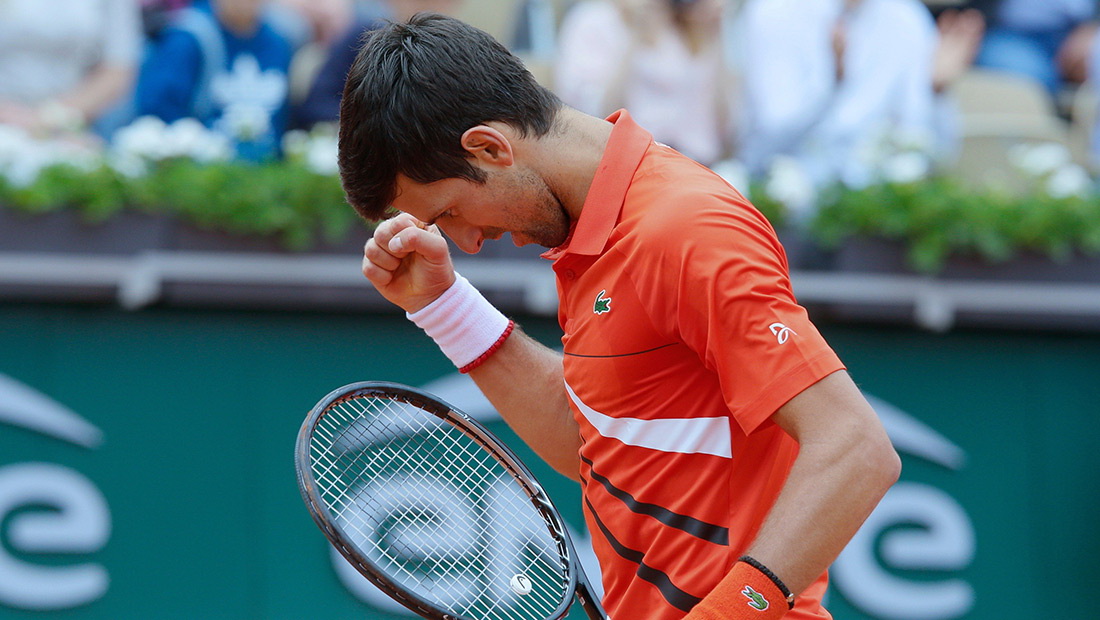 Novak downs Caruso to move into second week in Paris

World no.1 Novak Djokovic booked his place in the fourth round at Roland Garros for a 13th time on Saturday afternoon, following a 6-3, 6-3, 6-2 victory over ATP #147 Salvatore Caruso.

The 2016 champion needed two hours and four minutes to break the resistance of the Italian qualifier. He converted five of 11 break point opportunities and saved all five break points he faced.

Novak, who is trying to win his fourth consecutive Grand Slam title, played solid tennis on Court Philippe Chatrier. The top-seeded Serbian star dominated with his first serve, winning 84% of those points. He broke once in the first set and twice in the second and third sets.

“Caruso was very motivated. I thought he stepped into the court having a clear game plan, attacking the ball from both the forehand and backhand. He was hitting his backhand very, very good, very solid. He actually pleasantly surprised me with his game,” Djokovic said. “I had to change my tactics quite a bit throughout the match. Midway through the match I stepped it up a little bit and I took my game to a different level, which then resulted with an easier third set. It was a straight-sets win, but… it was tougher than the score indicated.”