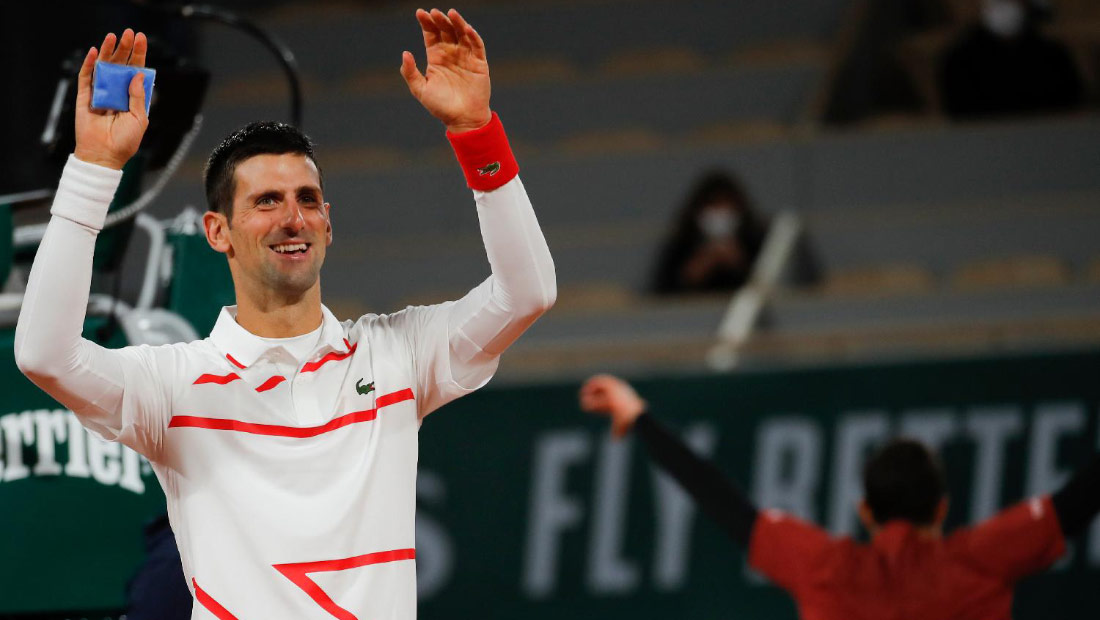 Focused Novak eased through his first real test in Paris. He capitalised on five of 14 break point chances, while Khachanov converted only two of his nine opportunities.

Though he lost a couple of breaks, Djokovic grew in confidence as the match was progressing. He was constantly turning defence into attack, putting his rival under pressure that he could not maintain.

“It was a very even match. I think it was more difficult than the result shows,” said Novak. “We played evenly point for point. I found my serve at the right moment.”

For a spot in the French Open last four, Novak will play against 17th seed Pablo Carreno Busta (ESP, 3-1 H2H record) on Wednesday.

Djokovic is bidding to become the first man in the Open Era to complete the career Grand Slam twice.