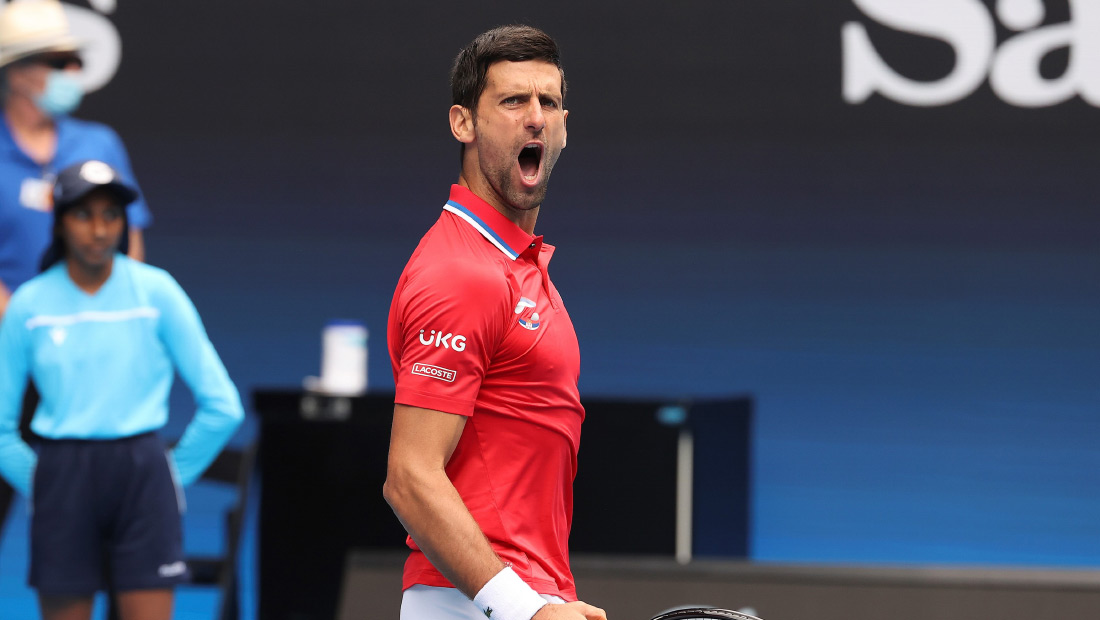 Novak did double duty on Day 1 in Melbourne to help Serbia defeat Canada 2-1 in Group A action at the ATP Cup.

World no.1 Novak Djokovic kicked off his 2021 season with a 7-5, 7-5 win over Denis Shapovalov at the ATP Cup on Tuesday.

The pressure was on Novak after Milos Raonic propelled Canada to a 1-0 lead with a comprehensive 6-3, 6-4 victory against Dusan Lajovic.

Novak had to triumph to give the defending champion Serbia a chance in the tie.

It was a highly-entertaining battle that lasted one hour and 53 minutes.

In both sets the Belgrade native made a crucial break in the 12th game, to draw Serbia level with Canada in Group A tie.

Djokovic won 80% of points behind his first serve and didn’t face a break point.

“Denis is such a dynamic, explosive player, very talented. There’s a great future ahead of him, that’s for sure. I thought we both played at a very high level so I’m really pleased with the way I started the season,” Novak said.

In the deciding doubles match, Novak teamed up with Filip Krajinovic against Milos Raonic and Denis Shapovalov.

Serbia will next take on Germany. Novak will play Alexander Zverev on Friday about 12:30 local time (02:30 CET).