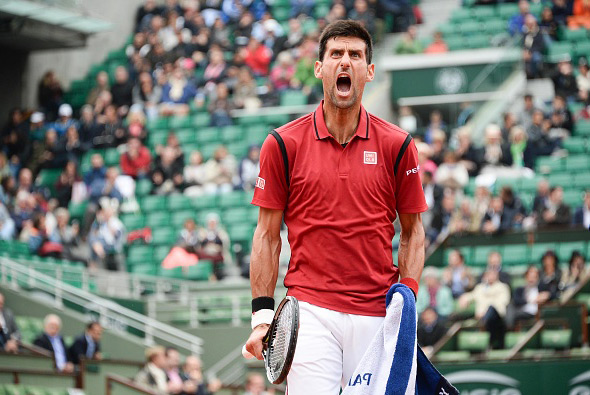 Top seed Novak Djokovic is one match win away from completing the set of all four major titles!

World no.1 and three-time Roland Garros runner up is through to his 20th Grand Slam final after he ousted 13th seed Dominic Thiem in straight sets, 6-3, 6-1, 6-4, in one hour and 48 minutes in their semi-final contest on Friday.

Nole’s experience and superior game took him into his fourth final on Parisian clay.

Djokovic produced brilliant display against the Austrian youngster. He dominated the first and second sets, making a double break in each. The Serb encountered a bit of trouble in the third, falling 0-3 behind, but regrouped quickly and broke twice for a commanding win.

“I didn’t start this tournament like I wanted, but today I played my best match here,” Novak said. “I’m in a situation I dream of every year, to be in the final of Roland Garros. The only thing I can do again is hope to continue to play well like this.”

“It’s another Grand Slam title up for grabs for both Andy and myself. One thing I know I can expect when I get on the court with him is it’s going to be a very physical battle,” added Novak who fell in the final last year to Wawrinka (6-4, 4-6, 3-6, 4-6).

Roland Garros is the only Major trophy Djokovic still hasn’t won. Should he lift Coupe des Mousquetaires, he’d join an elite group of 8 players in completing the career Grand Slam.