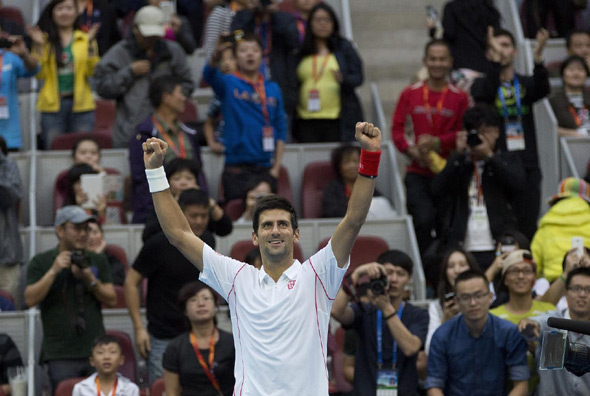 The match lasted one hour and 54 minutes.

Players exchanged breaks in the opening set. Novak broke his rival once again in the 12th game to clinch it 7-5.

Verdasco was more convincing in the second set. He broke twice to level at one-set all.

Nole stepped up his game in the deciding set, raced to a 3-0 lead and kept the advantage till the end to improve to a 16-0 mark at the tournament.

“There was a lack of concentration from my side,” said Djokovic. “I had some chances at the start of the second set, but I allowed him to come back into the match and start playing well. The important thing is that in the third set I regained the focus and the patience also, decreased the unforced errors, and managed to get a win, which is what counts in the end.”

Djokovic has won both of their matches in 2013, in R4 of Indian Wells and Round Robin clash in the Davis Cup quarterfinal.