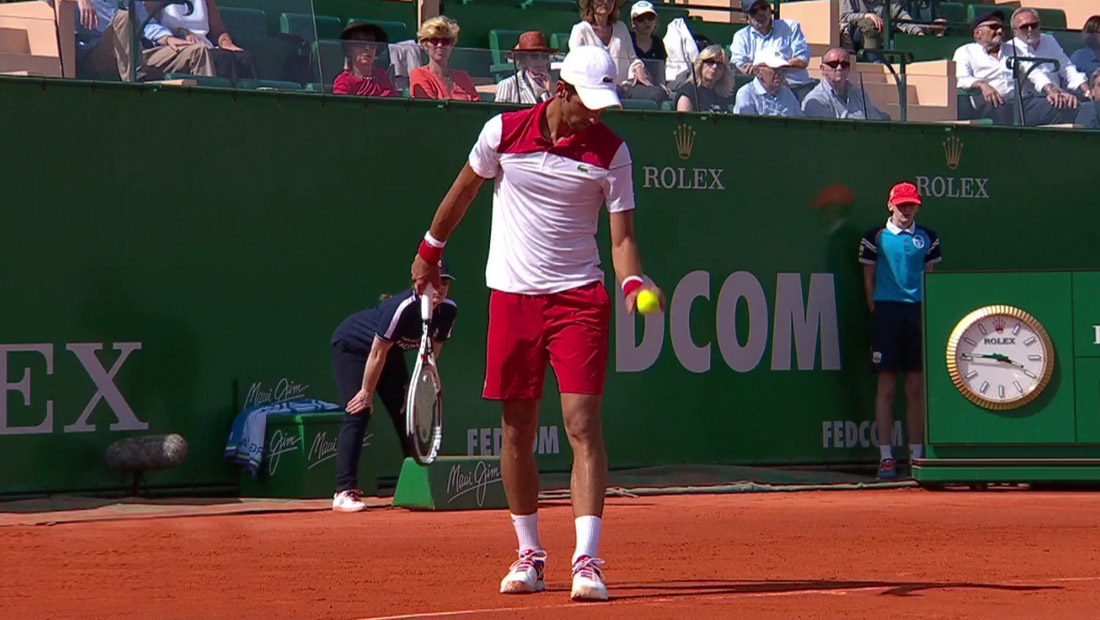 Novak eases into second round, faces Coric next

Two-time former champion Novak Djokovic took only 56 minutes to seal his place in the second round of the Monte-Carlo Rolex Masters after defeating fellow Serbian Dusan Lajovic 6-0, 6-1 on Monday.

The ninth seed delighted the Court Rainier III crowd with his near-perfect performance. Novak won 82% of points on his first serve and 67% of return points. He was 8/8 on net approaches, and saved all four break points he faced.

The Serbian star broke Lajovic three times in the first set wrapping it up in just 22 minutes. Dusan won his first game in the match to level at 1-1 in the second set, before Nole broke him twice more en-route to his 31st win at the Monte Carlo Country Club.

“I thought it was good considering the amount of matches I’ve played in the past almost 12 months,” Djokovic said. “With injury and everything that was happening the past couple months, the post-surgery period, me trying to come back to Indian Wells and Miami, and obviously playing well below the desired level, it wasn’t that easy for me to cope with all of that. At the same time it made me I think even more inspired to come back and try to play the way I played today. Under the circumstances and considering I haven’t played too many official matches, I thought I played well. It’s my first match on clay. All in all, it was a great start of the tournament.”

Novak will next play against ATP #39 Borna Coric, whom he beat in their only previous meeting on Madrid clay two years ago. The talented Croat eliminated Frenchman Julien Benneteau in straight sets, 6-2, 6-3.