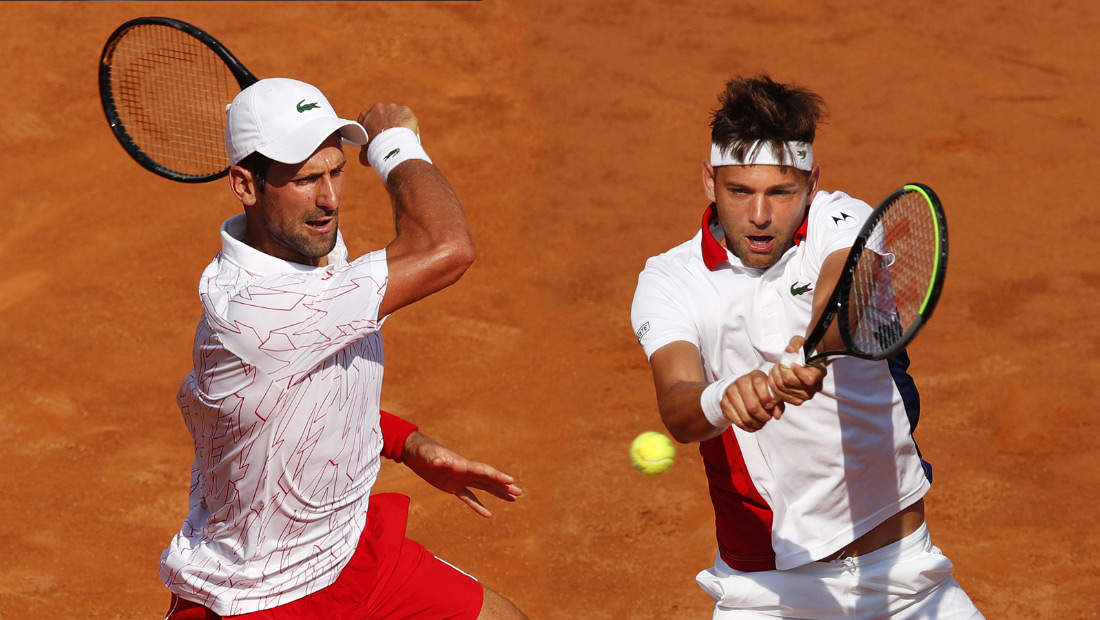 Nole is through to the last 8 of the Italian Open, after great battle with Krajinovic.

It was a fantastic match and a tough battle. Novak showed his class again against the great rival and friend.

Novak was broken in the opening game of the match, but he responded immediately to get back on level terms. The first set was decided in a tie-break. Though Krajinovic earned a 4-1 lead, the world no.1 fought back and converted his fifth set point to grab a one set lead after one hour and 27 minutes. 122 points played were split evenly between the two, as each player won 61 points.

Djokovic carried his momentum into the second set. The 33-year-old tennis ace from Belgrade elevated his game, shifting to a higher gear. He broke Filip’s serve in the third game and followed with another one in the ninth, to emerge victorious.

It was their second tour-level meeting, they are now tied 1-1 in H2H series.

“Especially in the first set it was a great battle,” said Novak. “It was definitely one of the longest sets I’ve ever played. We went toe-to-toe. It could have gone either way. Winning the first set gave me more confidence and allowed me to swing through the ball better. We both struggled physically in that first set; a lot of long rallies and almost every game went to deuce. This is what clay courts are all about. Filip is definitely one of my best friends; not just on tour but in my life. I’m really happy that it’s coming together for him. He has the game; physically he’s improved. I expect him to do better and better as time goes on.”