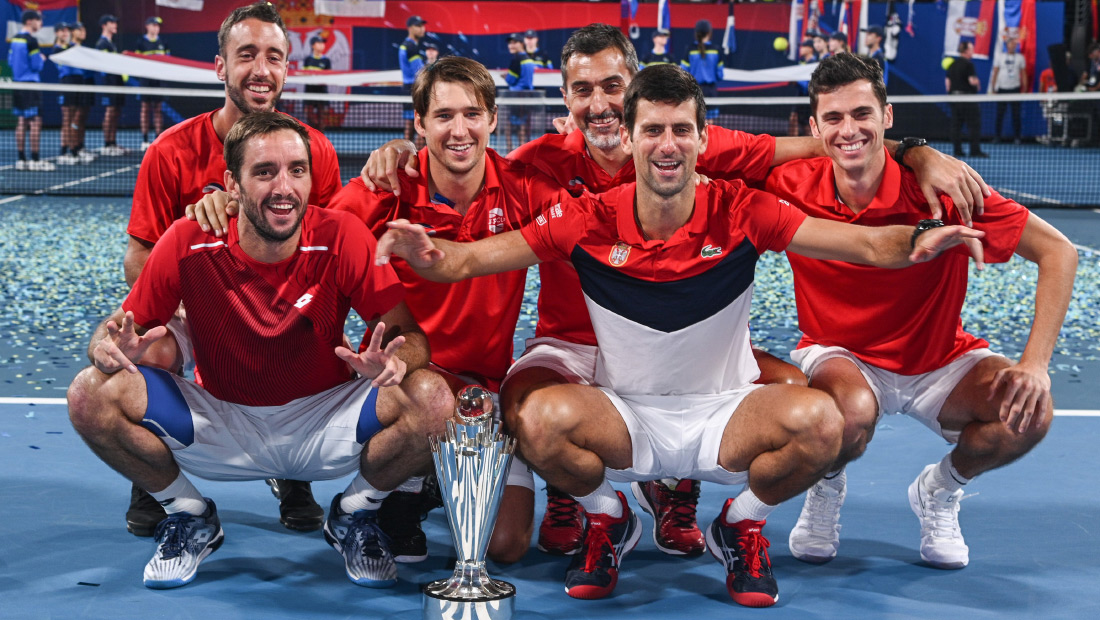 Team Serbia are the first ever ATP Cup champions!

In the first singles rubber, Dusan Lajovic suffered a 5-7, 1-6 defeat by Roberto Bautista Agut, and Spain took a 1-0 lead in the final.

Novak followed with a brilliant perfomance that saw him beat world no.1 Rafael Nadal 6-2, 7-6 (4), and pulled team Serbia even in the tie 1-1.

The 16-time Grand Slam champion dominated from the start. He broke the Spaniard in the first and seventh games to seal the opening set in convincing fashion.

Novak saved all five break points he faced in the second set, and went on to clinch a tie-break 7-4. He made a crucial mini-break at 4/4 and served it out two points later.

“Every time I play Rafa we get to play a lot of exciting points,” Djokovic said. “We had some incredible exchanges. I started off the match perfectly. Everything worked for me. Serve got me out of trouble in the second set.”

Novak returned to the court with Viktor Troicki against Spain’s Pablo Carreno Busta/Feliciano Lopez. They recorded a straight sets win in one hour and 15 minutes to claim the inaugural ATP Cup for Serbia.

Djokovic/Troicki fell down a break and 1-3 in the first set but, behind a vocal pro-Serbia crowd, they captured seven consecutive games to take a 2-0 lead in the second set. They kept the momentum going, completing the victory in the early hours of Monday morning.

“I’ll remember this experience for the rest of my life as definitely one of the nicest moments in my career,” Novak said. “I’ve been very fortunate and blessed to have an amazing career the last 15 years, but playing for the team, playing for the country with some of my best friends for a long long time, you can’t match that. That’s just too special.”