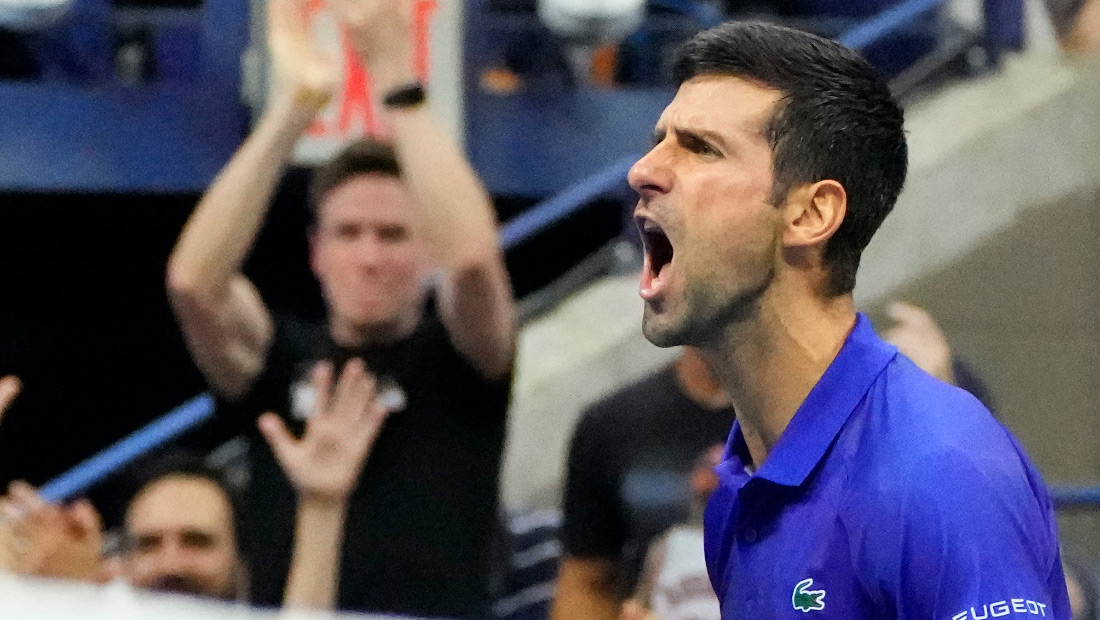 Novak fends off Brooksby challenge, powers into the US Open quarters!

Nole is into the US Open quarter-finals and three wins from men’s tennis history.

World no.1 Novak Djokovic was made to fight hard as he edged 99th-ranked American wild card Jenson Brooksby 1-6, 6-3, 6-2, 6-2 to reach the last eight in New York and keep alive his hopes for the first calendar-year Grand Slam by a men’s player since 1969.

The Serbian star survived early scare under the lights of Arthur Ashe Stadium on Monday evening, and sealed the triumph against the dynamic youngster in two hours and 58 minutes.

Novak overcame a dropped first set for the second time in four matches to move closer to a record 21st Grand Slam title.

The top seed and three-time champion struggled to find his rhythm in the opening set and the 20-year-old Brooksby made a fast start. Djokovic stroke 11 unforced errors to his opponent’s one, and was broken twice to fall behind.

Novak secured an early break in the second set for 3-0 lead, but the American broke back, claiming an epic 19-minute game to get back on serve. Djokovic broke once again immediately and locked down the final four games to level the contest.

The 34-year-old Belgrade native closed out the win making a double break in both the third and fourth sets.

“Jenson is a very young, very talented player,” Novak said after the victory. “I told him at the net that a very bright future is ahead of him. Definitely he’s a great player. He was pumped, he had a clear game plan, he was executing all the shots very efficiently, and I was really on my back foot. I didn’t have the rhythm, made a lot of unforced errors and he was reading the play very well for about a set and a half. I enjoyed it, I truly did. The crowd gave both players amazing energy to show what we can do.”