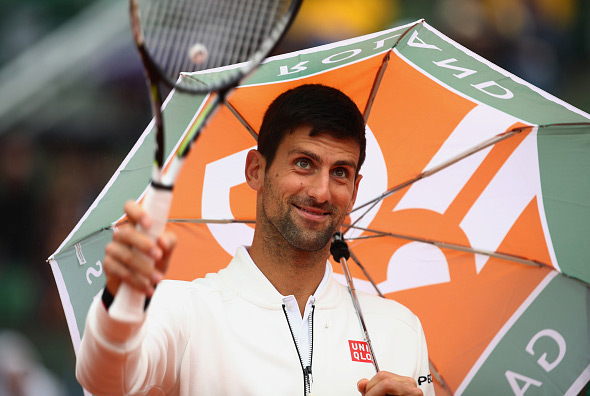 The rain-affected clash has taken two days, and three hours and 13 minutes, but the three-time runner-up has booked passage to the last eight.

The Serbian ace is in the final eight at a Grand Slam championship for the 28th consecutive time. He surpassed Jimmy Connors for second best streak ever.

Novak was leading 3-6, 6-4, 4-1 before rain halted play on Tuesday. There was also no play due to rain on Monday, which represented the first washout at the French Open since May 30, 2000.

Players were back in action on Wednesday. The no.1 seed immediately broke Agut’s serve, then served out the third set for two-sets-to-one lead. He suffered a lapse in concentration to fall 2-4 behind in the fourth set. The Spaniard’s advantage was short-lived as Novak broke in the seventh and 11th games for his 41st victory in 2016.

“I know that I can play better and I have a couple more gears,” said Novak. “That excites me, actually. It motivates me to work and get myself in that maximum speed hopefully for the next match and see where it takes me.”

Novak is looking to win Roland Garros for the first time and join an elite group of eight players in completing the career Grand Slam.