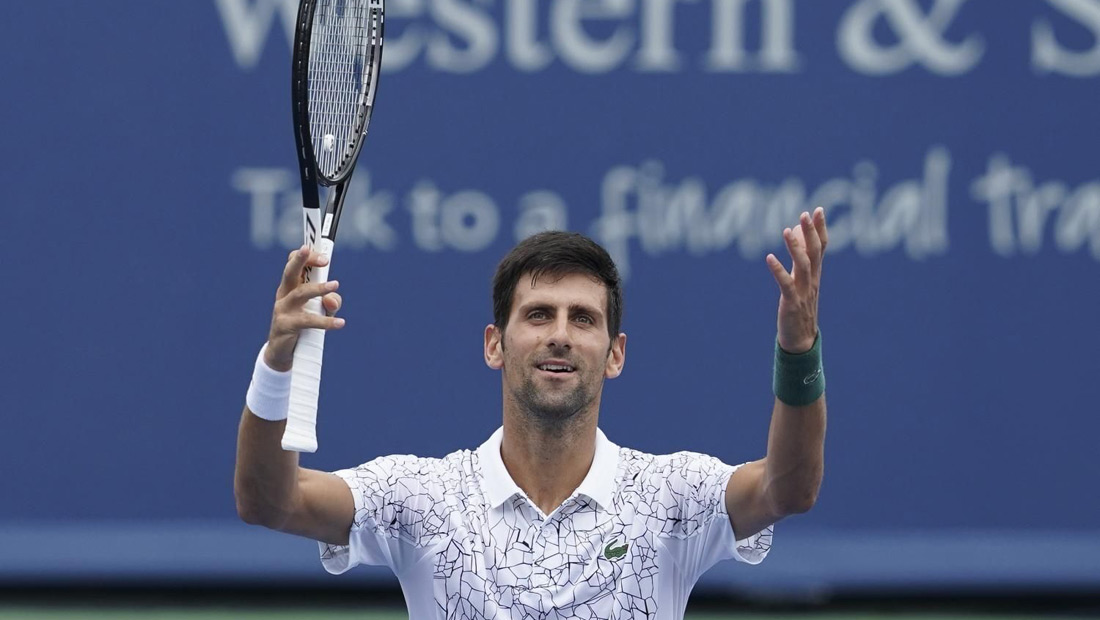 Novak holds off Raonic, to face Cilic in Cincinnati semis!

Brilliant Nole continued his career ‘Golden Masters’ quest as he moved within a match of his sixth Cincinnati final!

Five-time runner-up Novak Djokovic booked his spot in the semi-finals at the Western & Southern Open with a 7-5, 4-6, 6-3 win over Milos Raonic on Friday at the Lindner Family Tennis Center.

The 30-time ATP Masters 1000 champion was made to work hard in a two hour, 31-minute victory. It was his second match of the day because of rain on Thursday. Earlier in the day, Djokovic finished off his comeback against Grigor Dimitrov (5).

Novak was a break behind in all three sets. Raonic served for the first set at 5-4, but double faulted twice, including on break point, and the 10th seed broke in the 10th and 12th games to take the opener.

In the second set, Raonic kept the advantage he gained with a break in the third game, forcing a decider.

The Canadian broke first for a 2-1 lead in the third set, but Djokovic broke back immediately and converted one more chance in the eighth game, then served it out to remain perfect 9-0 against the big server in their ATP H2H series.

“I’m very pleased with my fighting spirit and staying mentally tough to overcome deficits in both matches,” Djokovic said. “Obviously the match against Dimitrov yesterday didn’t start so well for me. He started tremendously well. We were not the only ones dealing with rain interruptions, but it just makes it harder, because you’re warming up, you’re cooling down. We went home around 10:30, came back this morning again to play him, and then you have a couple hours of rest. And to go back on the court again against Raonic, who was serving 140-plus miles from the first game, that got me going, for sure, from the beginning.”

The 31-year-old Serbian star holds a 14-2 lead in their career H2H meetings.