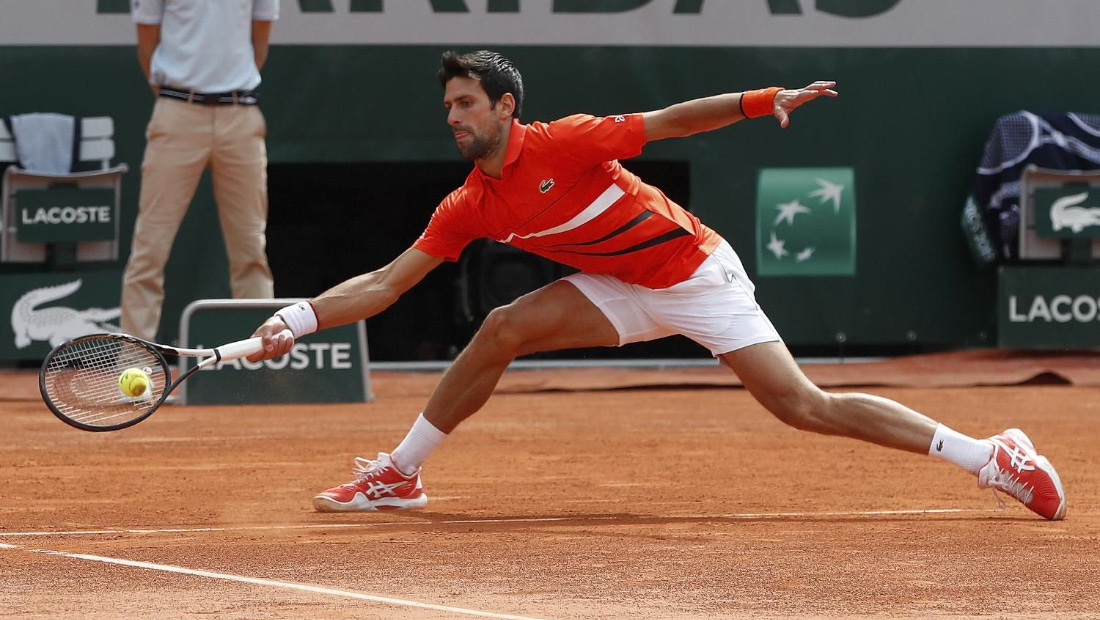 Novak into French Open third round with straight sets win

Top seed Novak Djokovic continued his quest for the “Nole Slam”, following a 6-1, 6-4, 6-3 win over Switzerland’s Henri Laaksonen at Roland Garros on Thursday.

Djokovic broke twice in each set, having surrendered serve once during the one hour, 33-minute clash.

“I think I served well. I used my forehand from different parts of the court really well. Solid backhand. Just two very solid matches. I didn’t drop my level too much. I didn’t spend too much time on the court. So all is going in the right direction,” Novak said.

Novak’s next opponent in the third round of Roland Garros on Saturday will be Italian qualifier Salvatore Caruso (ATP #147). They have never met before.

Ahead of their round 32 match and first meeting with Caruso, Nole said: “I’ve never trained with him. I don’t know much about him, to be honest. I’m going to have to do my homework, do analysis on him. I watched him play a little bit today when I was waiting for my match. I saw he came from qualifications. He won what, now, five matches? So there is a lot of confidence. He has nothing to lose. I’m sure he’s going to be very motivated to play his best.”