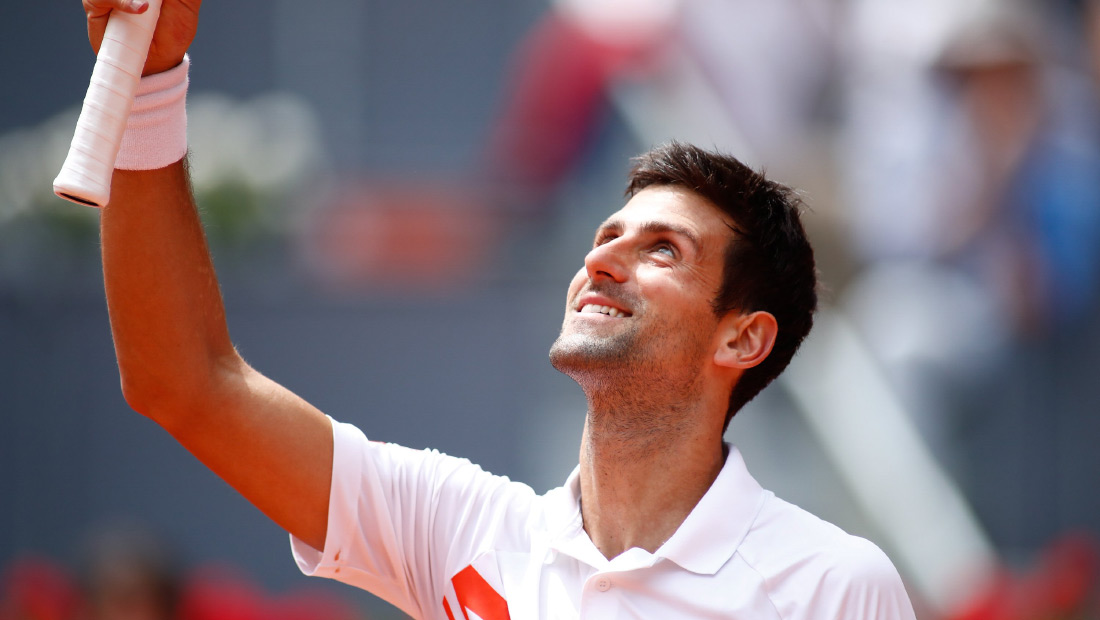 Two-time former titlist Novak Djokovic came through against Jeremy Chardy 6-1, 7-6 (2) on Thursday to book his spot in the Mutua Madrid Open quarter-finals.

Novak raced to 4-0 in the opening set following two breaks of serve, and saved three consecutive break points before holding for insurmountable 5-0 lead.

The second set was more competitive, as the Frenchman raised his level. Despite the tight contest, and having a break/set point against him, the Serbian star forced a tie-break and went on to win it 7-2, maintaining his perfect 13-0 record against Chardy.

“When I was set point down I just wanted to make the first serve. I went for his backhand and he missed the backhand return. I wasn’t really thinking about my (head-to-head) score in that moment,” said Djokovic.

Novak is now 26-8 in the Spanish capital, where he is bidding to capture his 33rd ATP Masters 1000 trophy. He is going for his second title of the season.

The Croat will play in his first quarter-final in Madrid, after a 4-6, 6-3, 6-2 comeback victory over Laslo Djere of Serbia earlier in the day.