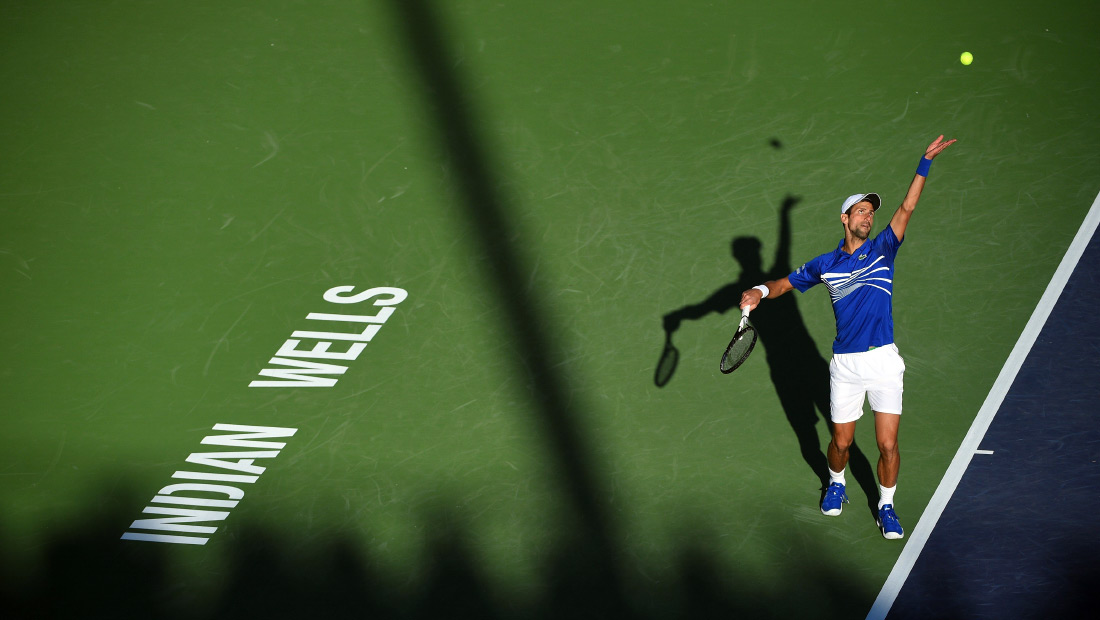 IW: Novak into third round of singles and quarterfinal in doubles

Top seed and five-time former champion Novak Djokovic kicked off his BNP Paribas Open campaign with a 7-6 (5), 6-2 victory over American qualifier Bjorn Fratangelo in the second round action on Saturday night.

It was Nole’s 50th win in Indian Wells, his highest total at any ATP Masters 1000 tournament. The match lasted one hour and 29 minutes.

The Serbian star now leads Fratangelo 2-0 in their rivalry, with both wins coming in R2 of the Indian Wells tennis Masters.

Three years ago in the in the same stage Novak dropped the opening set before battling back for the win. Last night, the world no.128 served for the opening set at 5-4, but the 15-time Grand Slam titlist was rock solid in the crucial moments. He broke back to love for 5-all and went on to take the tie-breaker 7-5. The second set was a one-way traffic with Djokovic breaking twice, in the first and fifth games.

“To be honest, I was a bit nervous in the beginning, I didn’t play my best. Credit to Bjorn for coming out firing from every corner. I was lucky to get the first set. After that things went better for me,” said Djokovic.

Next up for Novak is world no.39 Philipp Kohlschreiber who upset no.31 seed Nick Kyrgios in straight sets. Djokovic leads the German 8-1 in their ATP H2H series.

Serbian-Italian duo, Novak and Fabio Fognini, moved into the quarter-finals of doubles competition in Indian Wells on Sunday evening.

They beat Indian Rohan Bopanna and Next Gen Canadian Denis Shapovalov 6-4, 1-6, 10-8 although they won 18 points less than their rivals.

“It’s great. I hope everyone enjoyed it as much as we did,” Djokovic said on court after the match. “It was a lot of fun. Fabio is one of the funniest guys on the ATP Tour. I smile a lot on the court with him. In the second set there was not much smiling, actually. But generally, it was a great match.”