Novak is back to no.2 in the ATP Rankings! 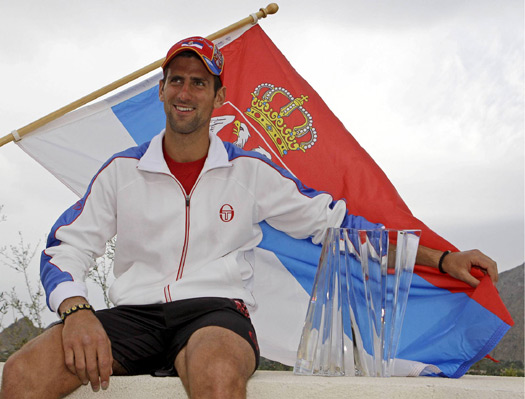 In the latest ATP Ranking list as of March 21, Novak is again ranked second player in the world!

As a result of beating Roger Federer in the semi-finals of Indian Wells and winning the BNP Paribas trophy with a fantastic victory over Rafael Nadal in the finals, the best Serbian tennis player has climbed to no. 2 in the rankings again this week, overtaking the Swiss, who has dropped to position no.3.

“It makes me feel great. It’s the crown for my achievements this year. I think I deserve it. I think I’ve played the best tennis of my life in the last three months. I have been very dedicated, very professional, and I want to keep on going”, said Nole of returning to the no.2 ranking for the first time since last October.