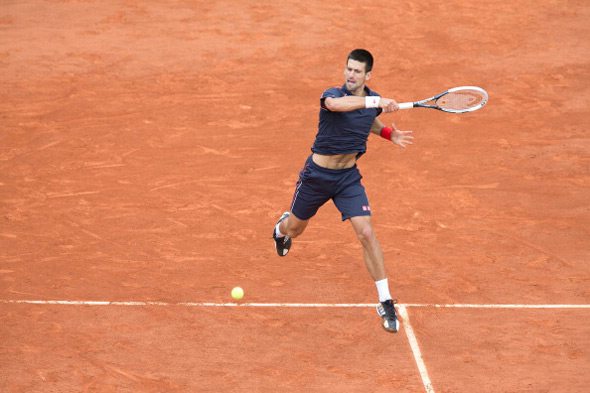 After victory in Monte Carlo two weeks ago, Nole continues his clay court season at the second ATP World Tour Masters 1000 tournament on clay in 2013, the Mutua Madrid Open.

Singles draw has been announced on Friday afternoon.

World no.1 and 2011 champion will lead a star-studded field at La Caja Mágica complex from May 5 till May 12.

Djokovic is a top seed and has a first-round BYE. He will open his campaign on Tuesday at 20.00 CET against world no.29 Grigor Dimitrov of Bulgaria (2-0 career H2H record).

“The court where I practiced is great. I haven’t practiced on the center court yet, but I’ve heard only positive comments, so it’s great to see that,” Novak said at the pre-tournament press conference.

“I played against Dimitrov in Indian Wells, he’s very talented player. He has capacity to play in a very, very high level; he’s an all-round player, and he showed it. With his style of the game you think that he can play his best on the hard courts and the faster courts, but he showed in Monte-Carlo when he pushed Nadal to three sets that he can play equally well on clay.“

Defending champion Roger Federer (SUI, 2), David Ferrer (ESP, 4) and Rafael Nadal (ESP, 5) are in the opposite side of the draw.

The tournament returns to traditional red clay after a 2012 experiment with artificial blue clay surface.