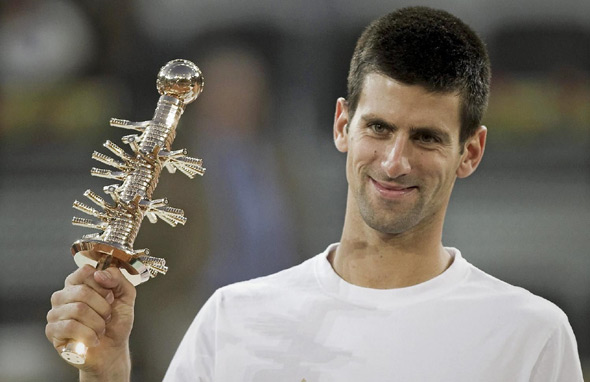 Nole arrived in Madrid on Wednesday with a 24-3 record on the season. He will defend his title at the second Masters event on clay in 2012, taking place from May 6 till May 13.

A year ago, Novak defeated Rafael Nadal in the Mutua Madrid Open final 7-5, 6-4. It was Nole’s first ever win on clay over the Spaniard.

The 2012 Australian Open and Miami champion is a top seed and has a first-round BYE.

He will open his campaign against world no.137 Spanish qualifier Daniel Gimeno-Traver who beat Romanian Victor Hanescu 7-6(3), 4-6, 6-3.