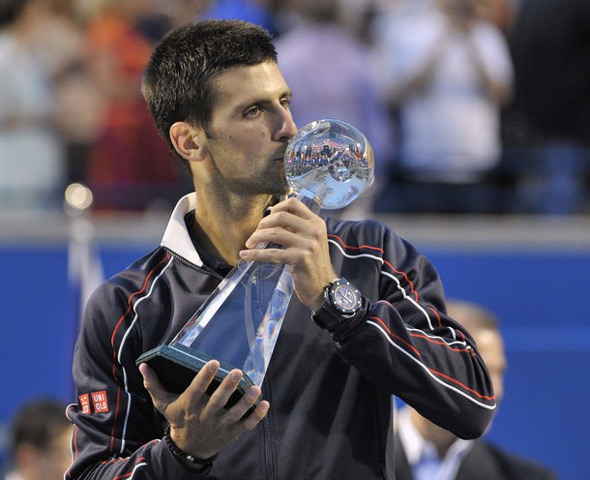 The official draw for 2013 Rogers Cup has taken place on Friday afternoon, at Uniprix Stadium.

The sixth ATP World Tour Masters 1000 event of the season, Rogers Cup presented by National Bank, will be played from August 5 to August 11 in Montreal.

The Coupe Rogers boasts a very strong field, with Novak, Andy and Rafa getting back to action in their first tournament since Wimbledon.

Between them, Nole, Murray and Nadal have won the Canada title seven times. Novak is the two-time defending champion and is bidding to win the title for the fourth time, having also triumphed in 2007, which was the second trophy he won in his collection of 14 ATP World Tour Masters 1000 crowns.

“We have such a deep field here in Montreal this year that the fans will be in for a treat every single session,” said Eugene Lapierre, tournament director. “Our tournament has always brought out the best players and we are so excited to have the top players back in the city and ready to play for our prestigious title.”