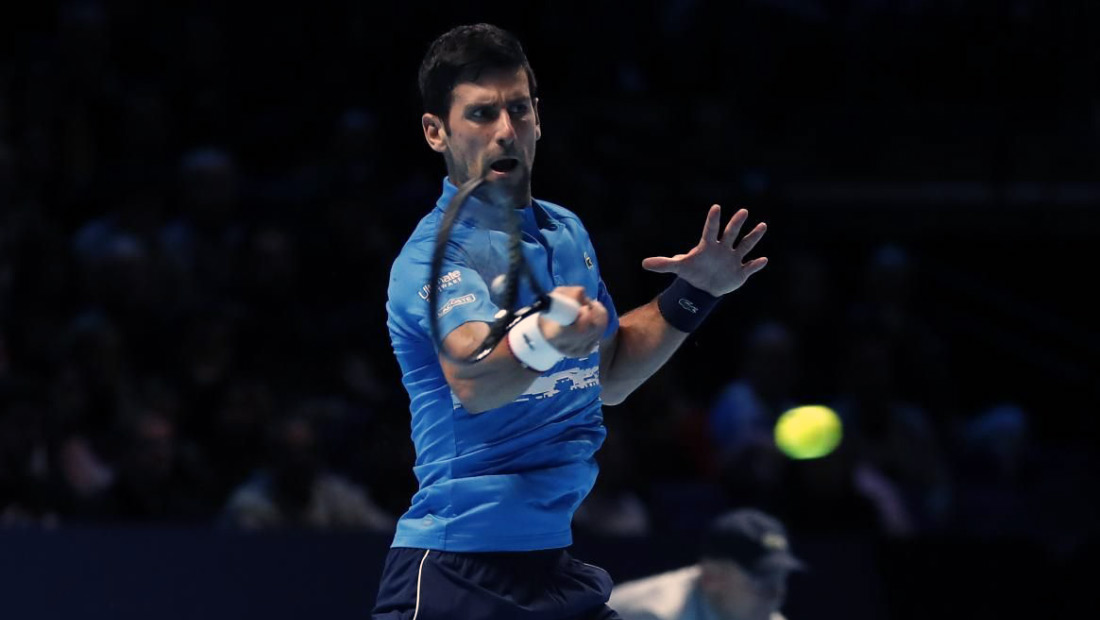 World no.2 Novak Djokovic got off to a winning start at the Nitto ATP Finals on Sunday afternoon.

The 32-year-old Serbian star produced an impeccable display in London to defeat eighth seed Matteo Berrettini, who was making his tournament debut, 6-2, 6-1.

Novak broke the Italian’s serve twice in the opening set for 6-2. A triple break in the second set saw the 16-time Major titlist seal his 54th match win in 2019. Berrettini gained a single break during the 63-minute clash, when Novak hit a backhand wide.

The victory is Nole’s 36th at the Nitto ATP Finals, which puts him in a tie with former world no.1 player, Boris Becker, for the third most in the event’s history.

“It feels great to be back in London,” Djokovic said in his on-court interview. “It was not easy for him to be playing his first Tour Finals match and I knew he might be a bit nervous. Fortunate to get the break and then I started reading his serve better and played solid throughout the match.”