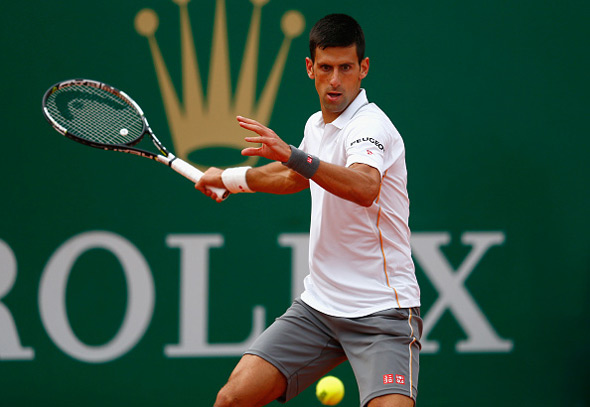 2013 champion Novak Djokovic cruised into the Monte-Carlo Rolex Masters quarter-finals on Thursday, knocking out world no.52 Andreas Haider-Maurer (AUT) 6-4, 6-0 in just 56 minutes. It was the first career meeting between the two.

Novak looked comfortable on the court. He started well, breaking his rival in the opening game of the match. It was enough for the Serb to take the first set after 34 minutes of play.

The top seed broke three times in the second set to seal the win in dominant fashion.

Looking ahead to the quarter-final clash, the world no.1 said: “I have Marin Cilic next, who is a Grand Slam winner. He is playing the tennis of his life… I look forward to that challenge. Obviously now it’s going to get tougher.”

The 27-year-old Djokovic, who received the Laureus Sportsman of the Year Award on Wednesday, improved to 27-2 on the 2015 ATP World Tour season, highlighted by three titles – at the Australian Open and ATP Masters 1000 events in Indian Wells and Miami.