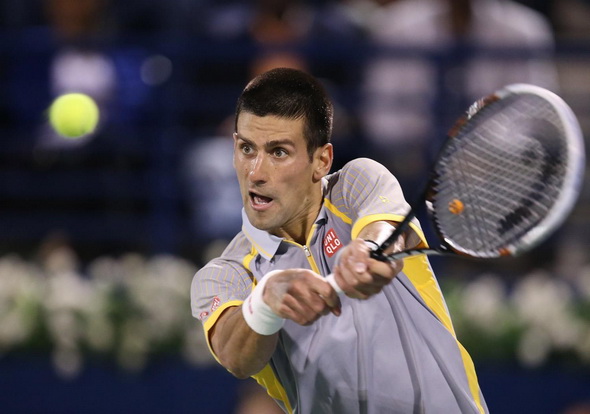 In a match that started late due to a rain delay, the top seed won 82 percent of his first serve points and broke the Czech five times from seven opportunities to seal the win in 53 minutes.

Novak made a double break in the opening set for 5-1 lead, and fended off two break points before serving it out 6-1.

Djokovic kept the momentum going in the second set. He broke his opponent three times to book his place in the third round.

“It is a great start,” said the world no.1. “After Indian Wells, I tried to rest. There are different conditions here, but tonight was perfect for tennis. I enjoyed every moment of it.”

The 25-year-old Serbian star will next play against world no.254 Somdev Devvarman of India who eliminated Frenchman Edouard Roger-Vasselin (LL) 4-6, 6-4, 7-5.

The Belgrade native is bidding to win the title at the Crandon Park for the fourth time, after victories in 2007, 2011 and 2012.