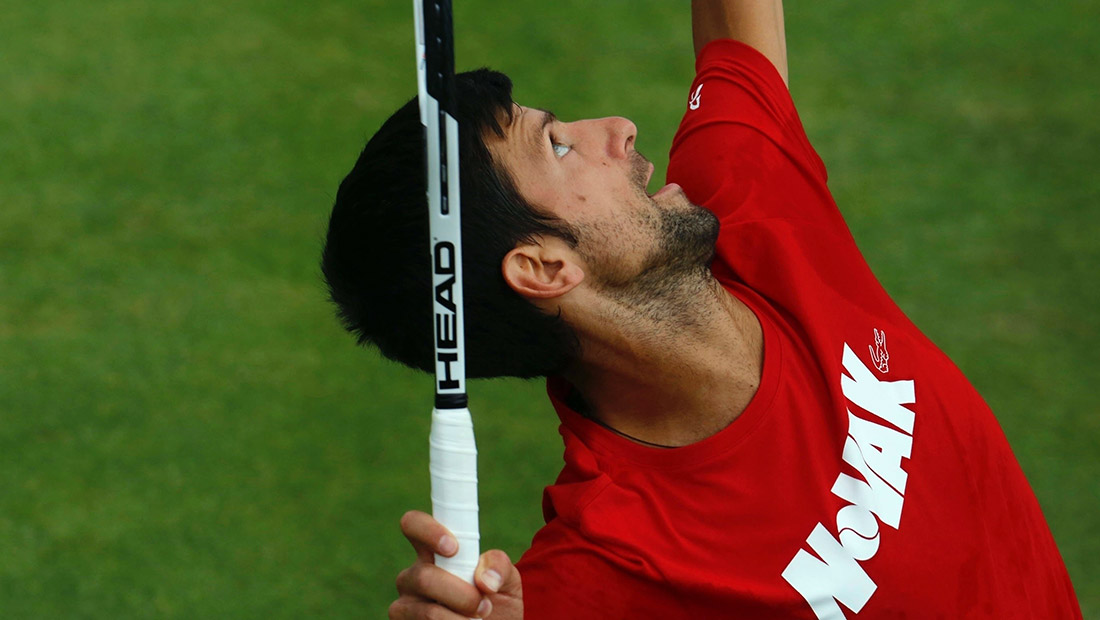 Novak Djokovic, competing at the Fever-Tree Championships for the first time since 2010, knocked out John Millman of Australia 6-2, 6-1 on Tuesday in just 64 minutes for a place in the second round.

On his fourth appearance at the Queen’s Club, Novak broke twice in the first set and three times in the second, having denied his rival a single break point opportunity during their first career meeting.

“It was a good match,” said Djokovic. “The focus was there, I had the right intensity every shot. Every shot was working really beautifully. I thought I put a lot of pressure on him, on his service games, because I was getting a lot of returns back in play. Also I was quite solid on my returns, my strokes, and he was on the back foot from the beginning of the point. I’m very pleased to be able to start off the grass court season this way at the tournament where I haven’t participated for eight years.”

In the next round, the former world no.1 and 2008 Queen’s runner-up will face a stiff test in grass-court standout, second seed Grigor Dimitrov, who needed three sets to overcome Damir Dzumhur 6-3, 6-7(4), 6-3.

In the doubles competition, Nole and Stan Wawrinka lost their first round match to Marcus Daniell and Wesley Koolhof 4-6, 6-7 (2).