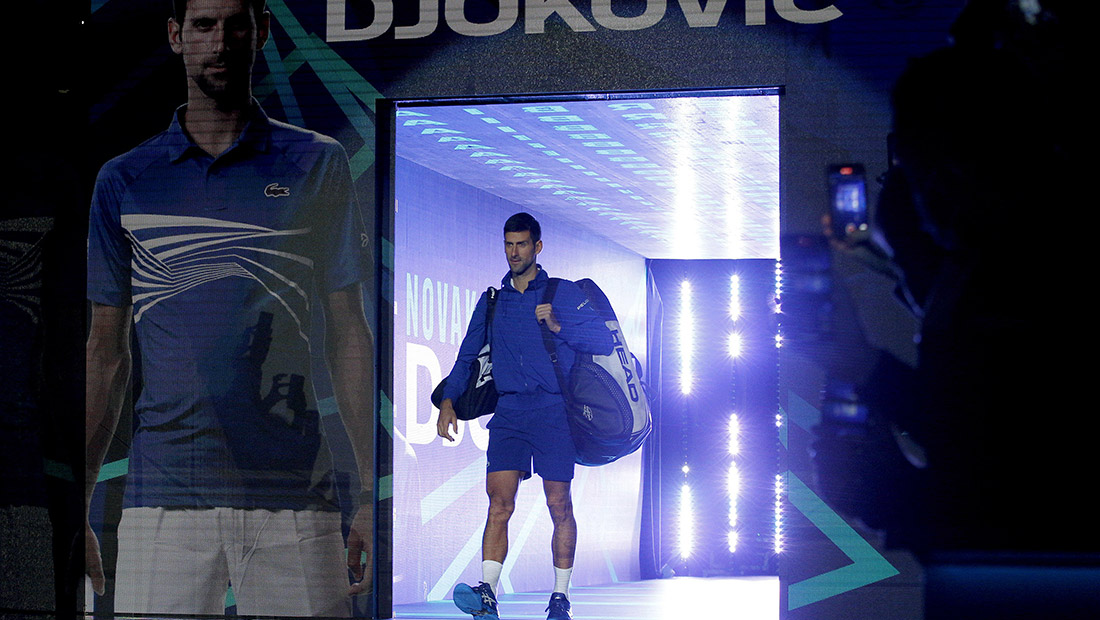 Novak made a winning start to the Nitto ATP Finals at the Pala Alpitour.

World no.1 Novak Djokovic got his Turin season finale campaign off to a good start against Casper Ruud, with a 7:6 (4), 6:2 victory in his opening round-robin match on Monday.

The Serbian top seed defeated the Norway’s no.8 seed in one hour and 30 minutes and is now 2-0 in H2H meetings against the youngster from Oslo.

Novak got broken in the first game of the match, but regrouped quickly and found his rhythm to break back and level at 3-all. Djokovic failed to convert two break/set points at 5-4* but shortly afterwards he went on to win a tie-breaker 7-4, clinching the last two points on Ruud’s serve.

The five-time ATP Final champion sailed smoothly through the second set, breaking his rival twice, in the first and fifth games.

Novak is pursuing his sixth trophy at the prestigious event.

Djokovic will play his second round robin match on Wednesday (14:00 CET) against fifth seed Andrey Rublev. It will be their first career meeting.

Each win in the group stage brings 200 ATP points.