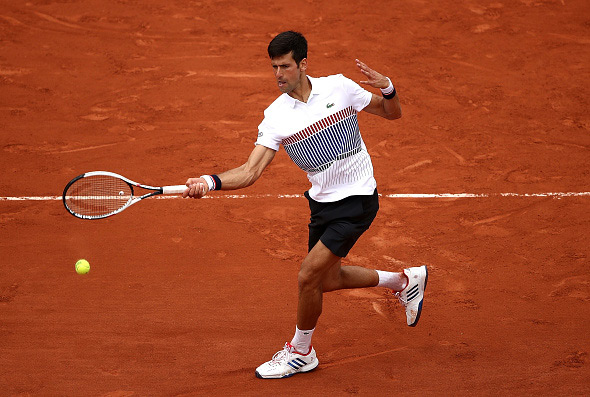 The second seed moved into the second round of the French Open on Monday, requiring two hours and 27 minutes to beat Marcel Granollers 6-3, 6-4, 6-2.

The victory on Philippe-Chatrier Court was tougher than the scoreline suggests.

Novak converted eight of his 20 break point opportunities, having saved six of 10 break points he faced. The 30-year-old Serb improved his ATP H2H with the Spaniard to 4-0.

“I wanted to start off well and engage all the engines in the right way and come out with the right intensity, which I have done,” said Djokovic. “Then in the second set at 4-1, two breaks up, I just played a couple of sloppy games. Also in the third set when I had him on the ropes, I just played very bad games on my serve and I managed to lose the break of serve, one of the two that I have had. So that’s basically the only thing that I think wasn’t really great for me today. But all in all, it’s a straight-sets win. Granollers is a tricky player, he knows how to anticipate well on the court. He has a good serve. It was a bit of a rusty start, but in general, it was good.”

Novak has a perfect 3-0 career head-to-head record against the Portuguese. The second round match is scheduled on Wednesday.

Should Djokovic retain his Roland Garros title this year, he would become the first man in the Open Era to win each of the four major championships on at least two occasions.