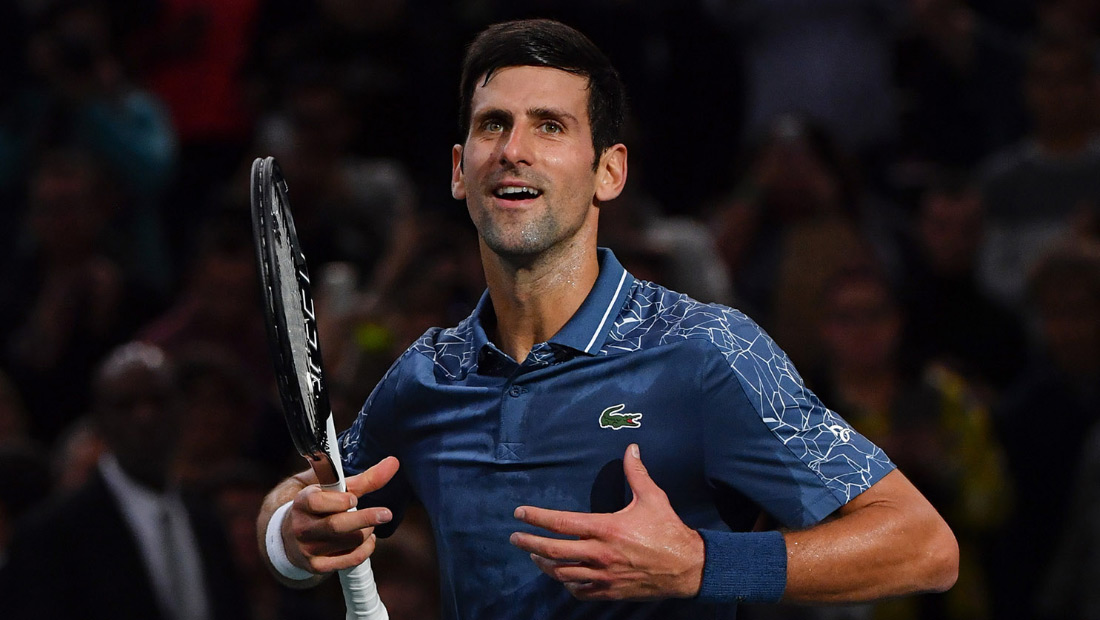 Four-time Bercy champion Novak Djokovic booked a spot in his fifth Rolex Paris Masters semi-final on Friday, coming back from a set down to clinch a 4-6, 6-2, 6-3 win over no.5 seed Marin Cilic.

The second-seeded Serb needed two hours and 10 minutes to advance and improve his impressive H2H series against the Croat to 16-2.

Novak was made to work for his 21st consecutive victory. Just like in the second round, he wasn’t at his best but he did enough to seal another win and stay on the winning path.

The opening set saw a close battle and five break points the two had wasted before Cilic made the only break and closed it after 50 minutes of play.

The reigning Wimbledon and US Open titlist took charge in the second set, losing just seven points on serve and finding his zone on the return. He broke twice, in the fourth and eighth games, to level the contest.

Cilic grabbed the first break in the deciding third set, but Djokovic got the break back immediately. It was the 31-year-old Belgrade native who gained the decisive advantage with a break in the eighth game, ultimately holding to love to move within two wins from his 73rd career title.

“It was a big challenge. I was a break down in the third set. And really, this match could have gone either way,” Djokovic said. “I won the match, but if he had won it, it would’ve been absolutely deserved. I’m just pleased to be in the semis. I know I can play better. At times tonight I was playing really well. At times, not that great. So there are things that I have to improve for the next one, and I’m looking forward to it.”

Seeking a record-equalling 33rd Masters title and record-extending fifth Paris trophy this week, Novak will face no.3 seed Roger Federer (24-22 H2H) in the last four on Saturday. The Swiss defeated Kei Nishikori (JPN, 10) 6-4, 6-4 in the QFs.