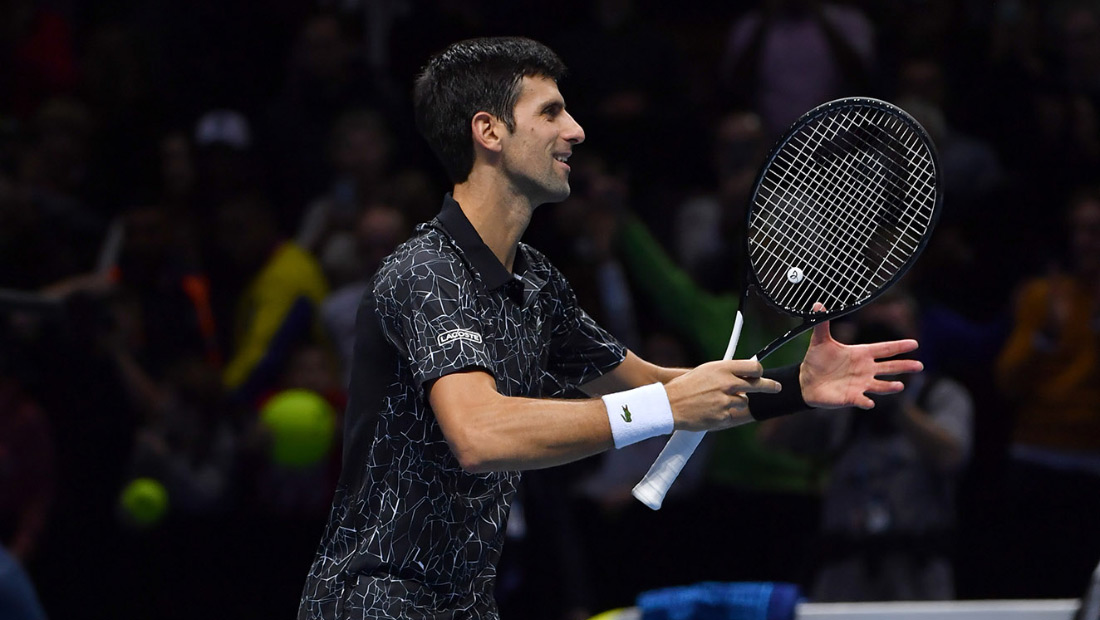 Nole is through to the semi-finals at the event for the eighth time.

Djokovic saved two break points at 4-4 and made a break in the following game to seal the opening set on his third set point.

The world no.1 raced to his second triumph at The O2 this week, breaking Zverev twice more, in the fourth and sixth games of the second set.

Since Cilic lost a set against Isner in their RR2 clash, Novak qualified regardless of score of Friday matches.

“I don’t think it was breathtaking tennis but a win is a win,” Novak said. “I played well mid-way through the second set and started to swing through the ball. I had not served that well but he made a lot of unforced errors which helped me win. He served very well in the first set, it was very hard to read his serve. I actually found it more difficult than in the first match against Isner.”

Novak is bidding to lift a record-tying sixth trophy at the season finale.