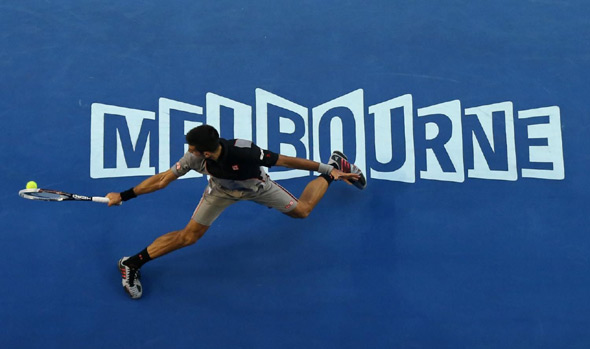 The 2015 Australian Open draw ceremony has been held on Friday on the steps of Margaret Court Arena at Melbourne Park.

Novak is a top seed at the first Grand Slam event of the season (January 19 – February 1). 128 players will be fighting during two weeks for the championship trophy and 2000 points.

The Serbian and world no.1 is leading the way, followed by Roger Federer, Rafael Nadal and Stan Wawrinka.

Djokovic will start his bid for an eighth Grand Slam title against world no.116 Aljaz Bedene (SLO, Q). It will be their first career meeting.

In the second round Novak will face the winner of the match between Andrey Kuznetsov (RUS) and Albert Ramos-Vinolas (ESP).

The earliest seed he could meet is no.31, Spaniard Fernando Verdasco, in round three.

Full Draw for the Men’s Singles