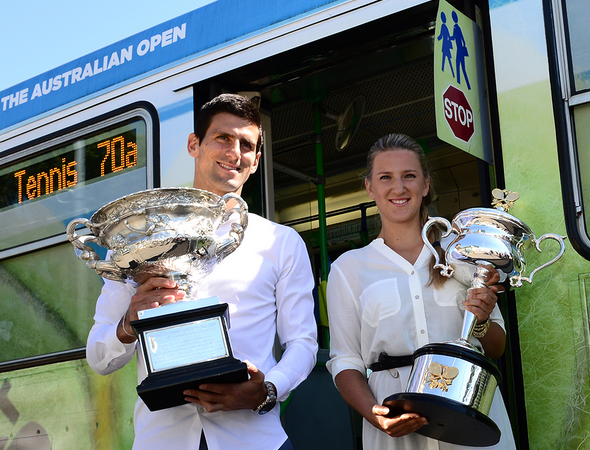 The official 2014 Australian Open draw has been held on Friday at Melbourne Park. The draw ceremony was attended by defending champions Novak Djokovic and Victoria Azarenka.

Novak is no.2 seed at the first Grand Slam event of the season (January 13-26). 128 players will be fighting during two weeks for the championship trophy and 2000 ATP points.

World no.1 Rafa Nadal is leading the way, followed by Nole, David Ferrer and Andy Murray.

Novak won title in Melbourne four times (2008, 2011-2013). With the victory over Murray in the final last year, he became the first man in the Open era to land a hat-trick of AO crowns.

Djokovic will start his bid for a 7th Grand Slam title against world no.90 Lukas Lacko of Slovakia (Monday 19.00 local time/09.00 CET). It will be their first career meeting.

In the second round Novak will face the winner of the match between Spaniard Albert Montanes (59) and Leonardo Mayer of Argentina (94).

The earliest seed he could meet is no.30, Russian Dmitry Tursunov, in round three.