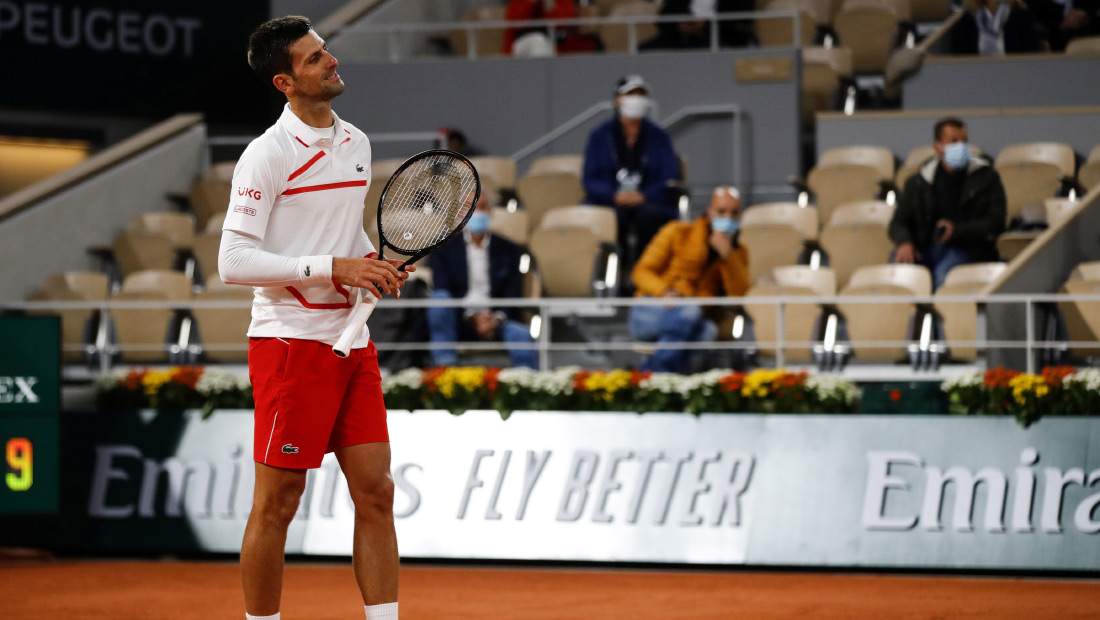 2016 champion Novak Djokovic began his quest for a second Roland Garros trophy on Tuesday in Paris, when he defeated Mikael Ymer of Sweden 6-0, 6-2, 6-3 on Court Philippe-Chatrier.

Djokovic was dominant in his first match at the Bois de Boulogne. He broke three times in each set (9/11), while his rival used the two break point opportunities he earned during their first career encounter.

“I may have played too many dropshots today, but I think it worked well in the moments when I needed to get the point. It’s a great variety shot. It’s important tactically to have it and use it at the right time so that you can keep your opponent always guessing what the next shot is,” said Novak. “And I thought that I kept my opponent today on the back foot constantly, because I felt comfortable to hit really any shot, being aggressive or coming to the net or mixing it up.”

The second round match is scheduled on Thursday.

Djokovic is biding to capture his 18th major crown. If the 33-year-old Serbian star wins his second title on Parisian clay, he will become the first player in the Open Era to claim all four Grand Slam singles trophies on multiple occasions.