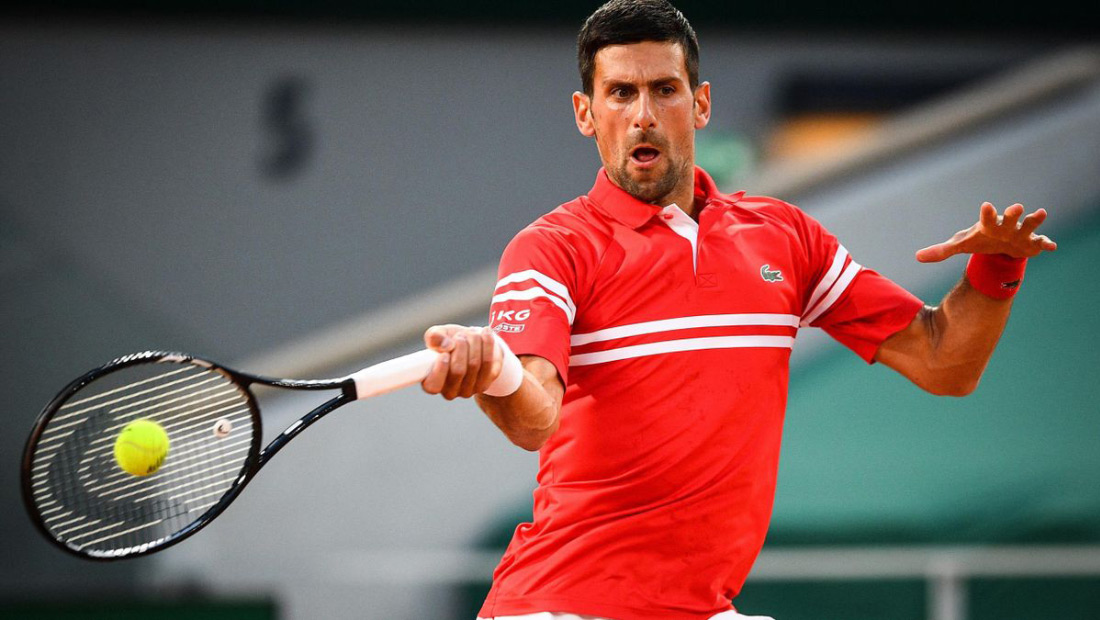 Excellent performance from Novak in his first round match at the 2021 Roland Garros in Paris.

World no.1 and 2016 champion Novak Djokovic needed one hour and 58 minutes to advance to the second round of the French Open on Tuesday.

Novak broke the American five times from 11 opportunities, and saved all six break points he faced.

The top seed dominated the fourth career meeting between the two, winning 86% of points on first serve.

“It was strange, honestly, but I’m also honoured to be the first men’s night session match in the history of this tournament, of this court,” Djokovic said, after playing without fans on Chatrier due to the 9 p.m. curfew in Paris. “I had great support in Belgrade last week, and I was kind of filled with a good vibe, good energy from those matches that I played in front of a crowd. So I didn’t mind playing in front of an empty stadium tonight. Overall from the later stages of the Rome tournament until now, I’m just finding my groove on the court and striking the ball well. Very pleased with the way I am feeling and playing on the court.”

Novak will next play Argentine Pablo Cuevas (ATP #92). It will be their first career encounter.