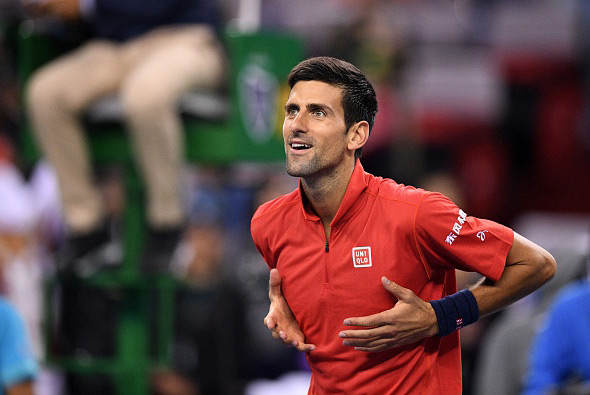 Top seed and defending champion Novak Djokovic cruised into the third round of the Shanghai Rolex Masters on Tuesday with a 6-3, 6-3 victory over world no.50 Fabio Fognini.

In his first match after the US Open final, Novak needed 75 minutes to clinch his eighth win over the Italian in as many meetings. He improved to a 57-6 season record.

Djokovic broke four times from five opportunities and saved three of four break points he faced. Down 2-3, 0-15 in the second set, the world no.1 won 16 straight points and four games in a row to advance.

“I was just pleased to be back on the court, considering I skipped Beijing that I planned to play. I had great memories and success in the past in this tournament, on this court,” Novak said. “I was just trying to focus on my game and things that I worked on the last couple of weeks… I believe things will progress as days go by.”

The 29-year-old Belgrade native is attempting to capture his eighth tour-level title of the year this week.