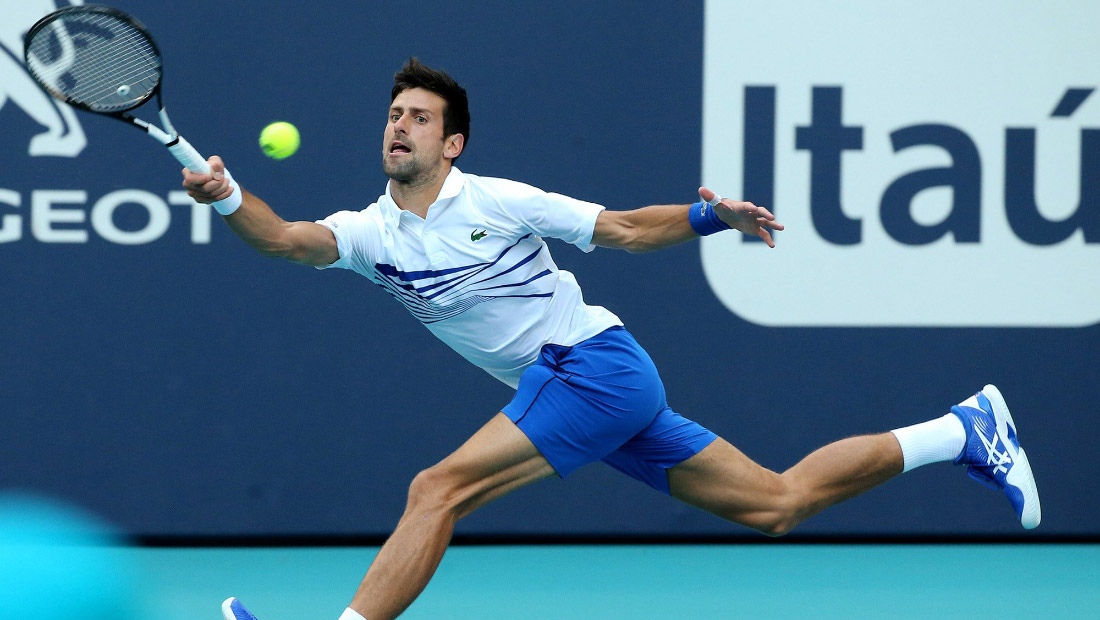 Novak overcomes Delbonis to reach the last 16 in Miami

Six-time champion Novak Djokovic battled into the fourth round of the Miami Open presented by Itau at Hard Rock Stadium on Sunday, defeating world no.83 Federico Delbonis 7-5, 4-6, 6-1 in two hours.

Djokovic appeared in control early on, racing into a 5-2 lead in the opening set. Delbonis roared back to level at 5-all, but the 31-year-old Serb staged a timely comeback, with another break proving crucial.

Novak stormed again into a 3-1 lead in the second set, but then lost four straight games, following another spirited fightback from the Argentine. Delbonis saved three break points in the eighth game and served out the set to love two games later.

For the third time, Djokovic took a 3-1 advantage in the third set. This time the world no.1 made no mistake. He moved 5-1 in front and proceeded to serve out the match.

“To be honest, I lost my focus,” said Djokovic. “I should have done better mentally than I did in the first set and also the end of second set. I managed to really play well the last couple games of the first set, to go up a break and put myself in front, but then I played a couple of really bad service games. Credit to Federico, he stepped in. He was the one controlling the pace. I backed up. I didn’t have that much depth and power in my shots and he used it. I think the first two, three games of the third set were crucial, really fighting, trying to be present, regain the positioning on the court more than anything. I think the last four games were terrific, so I ended up in a positive way.”

For a place in the ATP Masters 1000 event quarter-finals, Novak will play 22nd seed Roberto Bautista Agut who defeated no.15 seed Fabio Fognini in straight sets 6-4, 6-4.

The top seed shares the record for most Miami titles won (6) with Andre Agassi, and has a chance to take it over with a seventh crown.