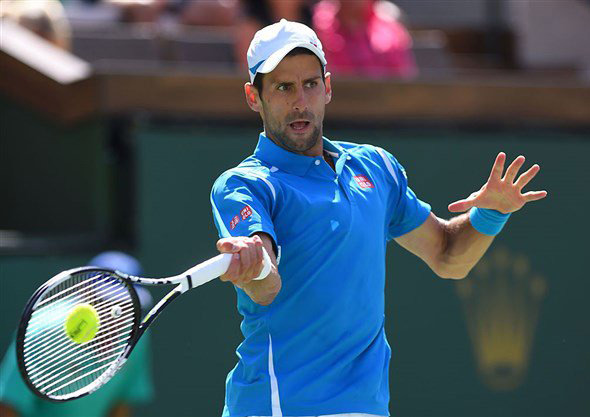 Second seed and defending champion booked his spot in the third round of the BNP Paribas Open with a 6-4, 7-6 (5) win over Kyle Edmund on Sunday.

Novak won 69 per cent of his first-serve points and went 8/12 when approaching the net. He broke Edmund three times from eight opportunities and dropped his serve twice en route to securing victory in one hour and 50 minutes.

Djokovic made an early break and kept the advantage to seal the first set. The second set was a much closer affair. Novak recovered from a 2-5 deficit to force and win a tiebreaker.

“I think I played very well in the first set. Second set was obviously up and down,” Djokovic said. “But credit to Kyle for playing some really aggressive tennis and taking it all out. He made a lot of winners in the beginning and midway through the second. There was not much wrong I did. I did miss some forehands. But other than that, it was a very solid match. Good, quality tennis, a good test. I’m just pleased with the overall performance.”

Novak goes on to face no.31 seed Juan Martin del Potro (ARG) for a place in the last 16. They have met 16 times, Djokovic leads their career H2H series 12-4.

Looking ahead to the challenge, Novak said: “I’m playing Del Potro now. I have to give it all. I can’t really pace myself and think about what’s coming up after that, because I really have a tough player to beat in the next round.”

In the doubles competition, Nole and Viktor play their second round match against top seeds Pierre-Hugues Herbert and Nicolas Mahut (FRA) on Monday.