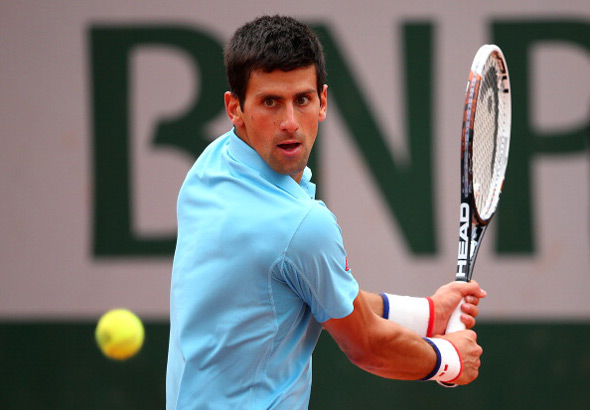 He claimed victory in three hours and 11 minutes. The Belgrade native hit 33 winners overall and benefited from 64 unforced errors from Cilic.

Novak was broken in the third game of the opening set. He broke back in the sixth game to level and once again in the eight to take the set 6-3.

The six-time Major champion raced through the second set, breaking twice for 6-2.

Cilic made a break advantage in the third set, but Nole rallied to force a tie-breaker. Marin controlled it with his huge serve and won it 7-2 to stay in the match.

In the fourth set, Djokovic had three break points for 4-0 lead, but Cilic got out of trouble and even managed to break back in the seventh game and level at 4-all. Novak earned a break/match point two games later and sealed the win when the 25th seed double-faulted.

“I had to work very hard, because he was very aggressive,” said Novak. “It wasn’t easy, because once you start being passive, you lose kind of the confidence to step in. That’s what happened maybe in the end of the third and little bit of the fourth. In important moments I held my nerves and I’m very happy that I went through.”

Victory ensured Novak stayed perfect at tour-level against Cilic, with a 9-0 record.

The Serb is through to the last 16 at the clay-court Grand Slam championship for the eighth time in ten appearances. His best run came in 2012, when he reached the final (l. to Nadal).