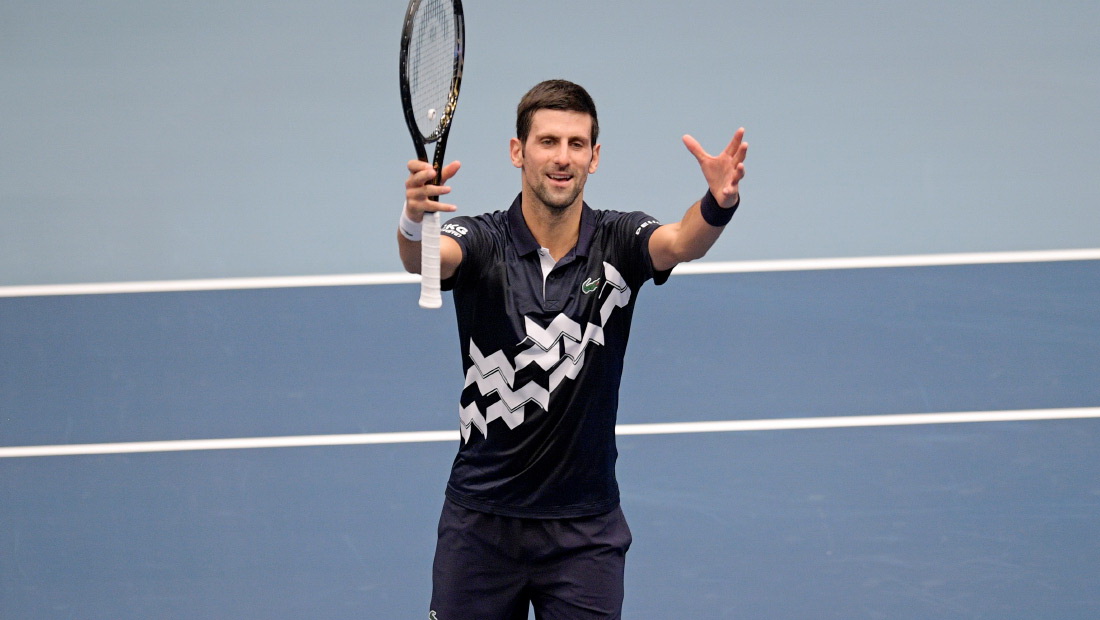 Novak was made to work hard in his second round match at the Erste Bank Open.

The world no.1 needed two hours and eight minutes to reach the quarter-finals of the Erste Bank Open on Wednesday.

Novak saved four set points in the opening set tie-breaker, before closing it out 13-11. He continued the momentum into the second set, increasing his aggression and raising his level, which resulted in breaking his opponent’s serve twice. He saved all three break points he faced en-route to the fourth victory in as many career meetings with the Croat.

“It was very tiring and very challenging. Obviously Borna is a great fighter,” Djokovic said in his on-court interview. “He has kind of a similar style of tennis as I do. From the backhand corner he’s very solid, trying to create points with his forehand. He was serving very well, especially in the first set. It was very difficult for me to return his serve. The tie-break again decided the match, like yesterday. I’m just really glad I stayed focussed and played my best tennis at the right time.”