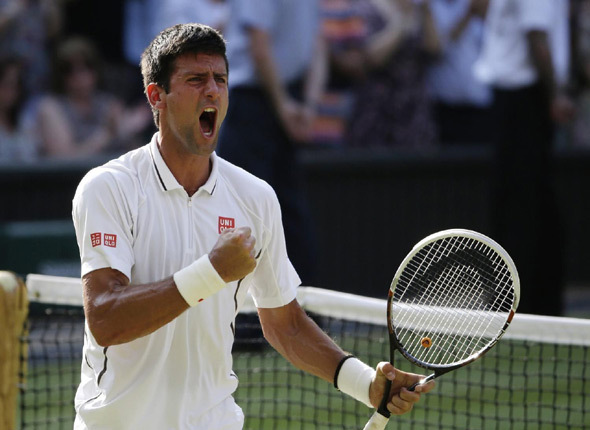 Novak has secured his place in the season-ending Barclays ATP World Tour Finals after reaching the final of the 2013 Wimbledon Championships.

The season-ending tournament, featuring the world’s top eight singles players and eight doubles teams, will be staged at The O2 Arena in London from 04-11 November.

The 26-year-old Serb will be making his seventh consecutive appearance at the event. He won the trophy in 2008 in Shanghai (b. Davydenko), and last year in London (b. Federer).

Nole joins Rafael Nadal as the first two players to qualify for the season’s final showdown.

Djokovic’s final appearance at the All England Club adds 480 ATP Rankings points to his 2013 points tally. Last year he reached the last four.

“I got to the final of Wimbledon, so I cannot be too disappointed with my overall performance,” the 2011 winner said. “It was a great tournament for me. I could have done better in the final but that’s sport. You cannot win all the matches. I’m going to try to take some time off, because that’s exactly what I need now.”

Novak holds a 2,950-point lead at the top of the men’s rankings going into the North American hard court season.

Montreal is next stop for Nole. He will compete at the Rogers Cup, the sixth ATP World Tour Masters 1000 event of the season, taking place from 05-11 August.