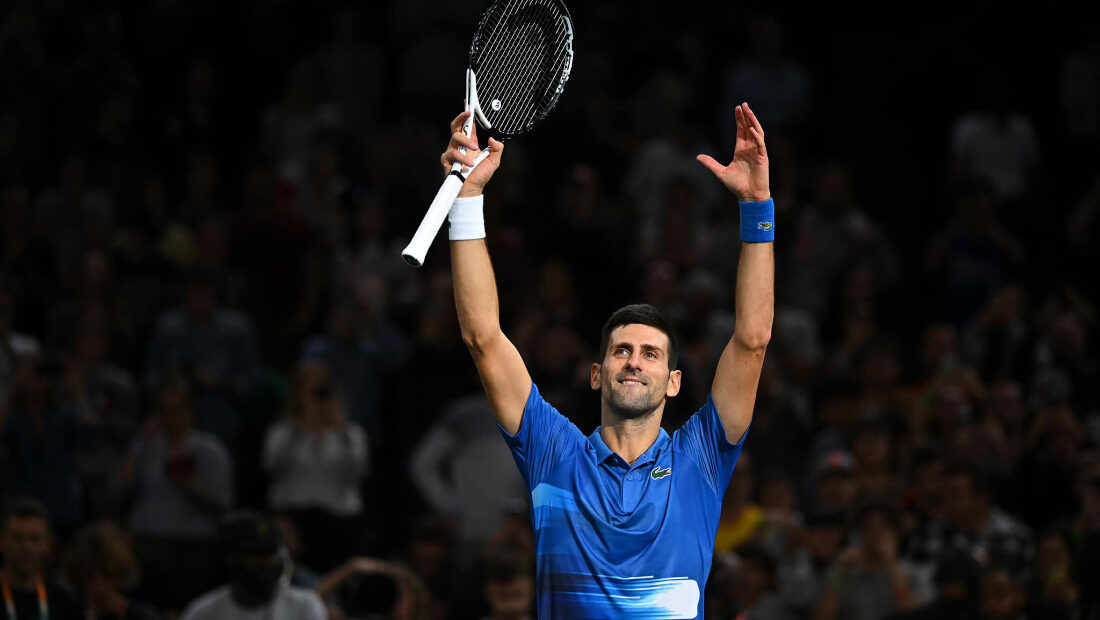 Nole is three wins away from capturing his seventh crown at Paris-Bercy.

Six-time champion Novak Djokovic recorded a commanding 6-4, 6-1 victory against world no.19 Karen Khachanov on Thursday at the Rolex Paris Masters to reach the last eight. The match lasted one hour and 27 minutes.

Novak started strong, but the Russian recovered from an early 0-3 deficit to draw level. However, the Serbian star converted another chance in the 10th game and grabbed the opening set.

Djokovic broke Khachanov twice in the second set, in the fourth and sixth games, to wrap up the win.

“The first set was quite even, I had my chances, he had a break, and he was hanging on. I broke his serve in the 10th game of the first set and I think after that the momentum shifted. In the second set I was a different player. I think I stepped it up even more, served better, and I’m just really pleased with the way I finished,” Novak said after the match.