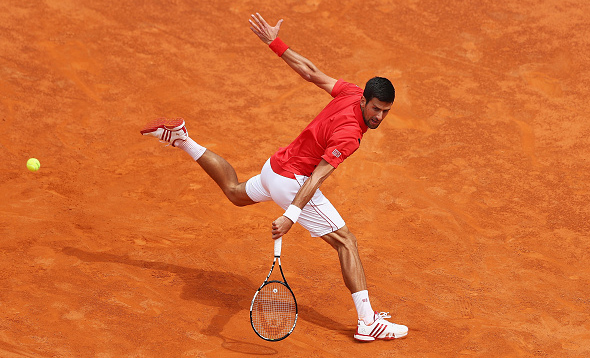 World no.1 Novak Djokovic rallied from a set down on Thursday, claiming a spot in the Internazionali BNL d’Italia quarter-final with a 0-6, 6-3, 6-2 victory over Thomaz Bellucci.

After dropping the first set to love in 24 minutes, the top seed stormed back to seal the final two sets, improving his season’s record to 35-2.

Bellucci surprised the defending champion in the early going but was unable to respond when Novak found his form. The match lasted one hour and 37 minutes.

“The first set was a complete Bellucci storm, and I was blown away from the court,” Djokovic said. “The crucial game was the first game of the second set where I held my serve, and then I felt things started to go my way as I tactically changed certain things, started to change the pace, get him on the move from one corner to another, with a little bit of a shorter and longer variety of balls. And it worked well.”