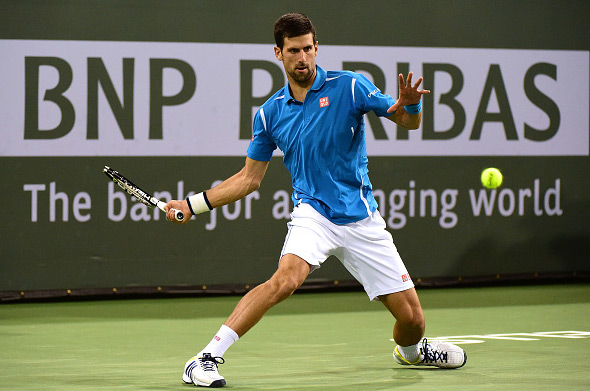 Nole and Rafa met for a record 48th time in the last four of the first ATP World Tour Masters 1000 event of the season.

The players traded break once in the opening set. Novak fended off a break/set point in the 10th game and the battle went to a tie-break. Djokovic sealed it 7-5 after 68 minutes of play.

The 11-time Grand Slam champion dominated the second set. He broke Rafa in the sixth and eighth games, extending his H2H lead over the Spaniard to 25-23.

“I work hard to be able to come up with the best game when it’s the most needed,” said Novak. “Obviously today the first set was decided in one or two points; second set was very close. Midway through the second I broke his serve, and last three games I played very well. So I’m just glad to overcome this challenge that is one of the greatest in sport, as it always is playing against Rafa. I’m taking the positives out of today’s performance and hoping that I can finish off this tournament tomorrow with another great performance.”

Looking ahead to the Raonic challenge, Nole said: “Milos is probably playing the best tennis he’s ever played. His serve was phenomenal before the start of this season, but this season it seems like he’s improved even more, especially the 2nd serve. He’s going for it more. He’s not giving you the same look. I will try to prepare myself tactically, analyze his game with my team. We are playing finals, so I’ll try to use the experience I have had playing in many Masters 1000 finals in this event, as well.”

Novak will be playing in his third ATP final this season, and his 88th overall (61-26 record).