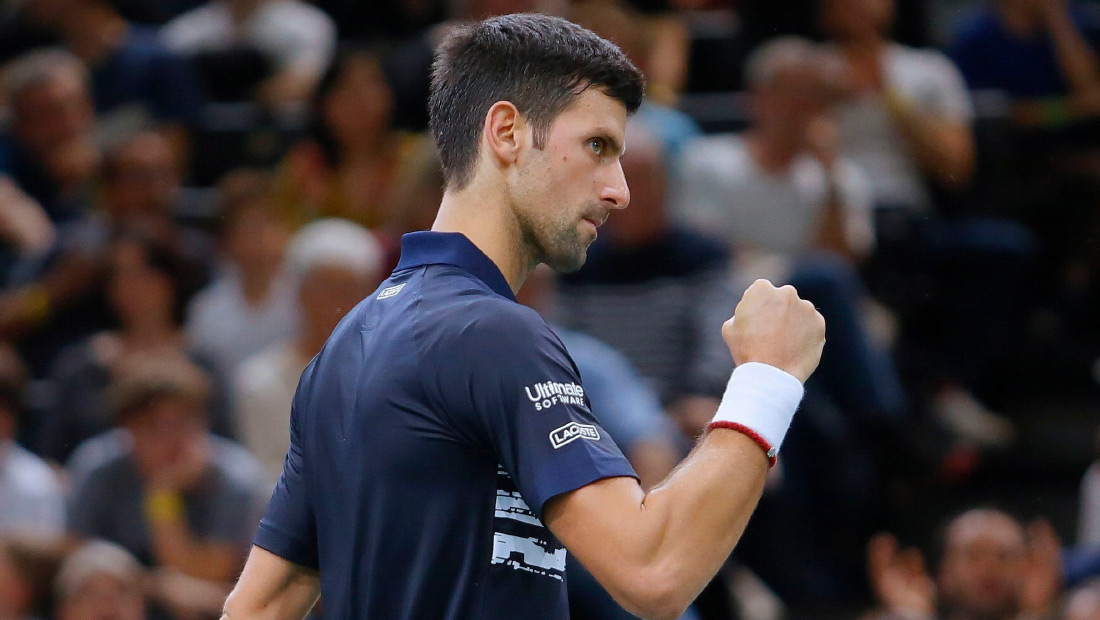 Novak to face Shapovalov in his 50th ATP Masters 1000 final!

Stunning performance from Nole, who enjoyed another career milestone today.

Top seed Novak Djokovic continued his pursuit of his fifth title at the Rolex Paris Masters, and his 34th Masters 1000 trophy, following a 7-6 (5), 6-4 victory over Grigor Dimitrov on Saturday.

Neither player was able to earn a break point en route to the first set tie-break. After 3-5 deficit, Novak raised his level and won four points in a row to grab the opener. He won some epic 30+ shot rallies with consistent depth on his groundstrokes and great defence. The only break of the contest came at 2-2 in the second set. Djokovic kept his advantage and served out the match after one hour and 38 minutes of play.

He has now beaten Dimitrov on nine of 10 occasions.

“With Grigor up 5/3 and 5/4, serving twice, I managed to get returns into play and just make him play an extra shot,” said Djokovic. “At the beginning of the second set, I was focused. I did well and managed to break his serve and hold my serve really well towards the end. I’m motivated to win my fifth Paris title. I want to do well tomorrow. I hope to find my best tennis.”

The world no.1 extended his unbeaten record in Bercy semi-finals to six matches. The only time he’s failed to win a final at this ATP Masters 1000 event was last season, when he surprisingly fell to Russia’s Karen Khachanov.