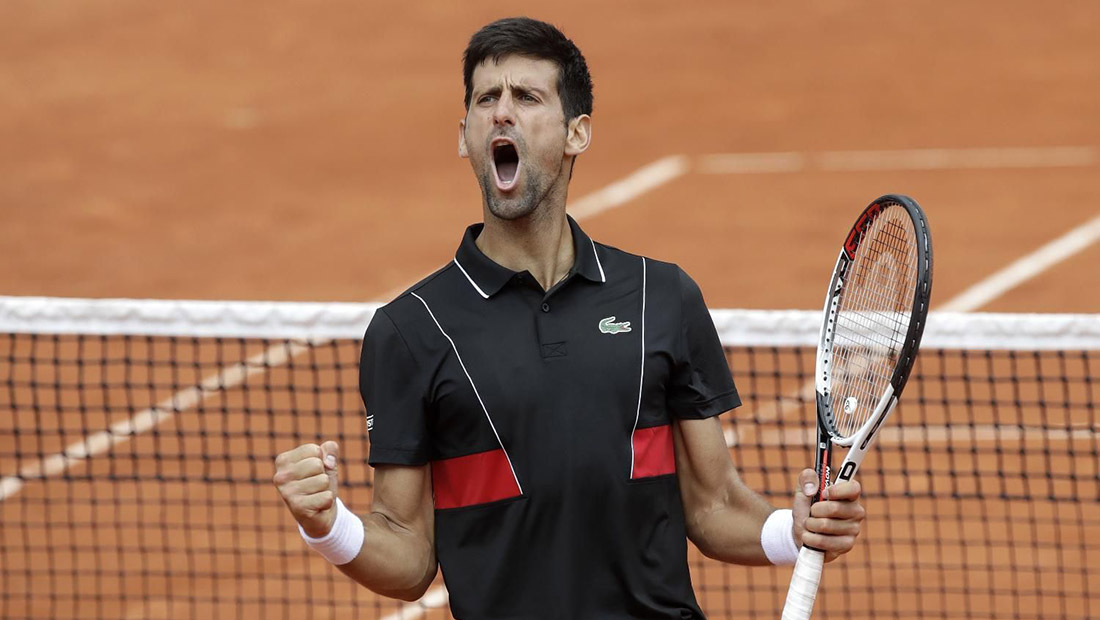 Novak reached his 12th French Open quarter-final with a 6-3, 6-4, 6-2 win over Spain’s Fernando Verdasco on Chatrier.

The first three games lasted 29 minutes, and it seemed it would be a balanced tie. However, the Serbian 20th seed and 2016 Roland Garros titlist, broke serve in the fourth game before taking the lengthy first set after 59 minutes of play.

Djokovic made an early break in the second set and held for 2-0, but Verdasco fought back in the sixth game to level. The former world no.1 pushed his rival once again in the next game and served it out to love.

The 12-time Grand Slam champion was in total control of the third set. He broke twice to advance in two hours and 25 minutes.

The milestone victory on Sunday was Novak’s 200th triumph on clay courts. He also joined Roger Federer (52) and Jimmy Connors (41) in the exclusive club, as the only men who had appeared in a Grand Slam quarter-final on 40 occasions.

“Very physical, very long games, a lot of exchanges. He came out on the court with a lot of self-belief, and he started off pretty well and made me work very hard. I think being able to win the first set and get ahead was crucial,” Djokovic said. “I’m just taking it one match at a time, and right now, considering I played almost four hours in my last match, I felt pretty good physically today. I had no problems to go the distance in long rallies and I won in three sets against a player who is in form, especially for this surface. So that’s all positives for now.”

Novak will play world no.72 Marco Cecchinato in the last eight on Tuesday.