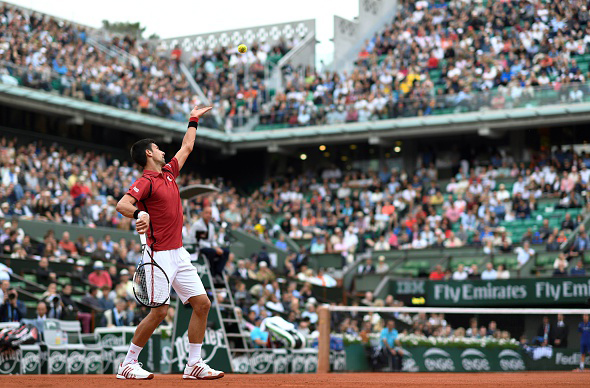 No.1 seed Novak Djokovic defeated world no.66 Aljaz Bedene 6-2, 6-3, 6-3 to reach the fourth round of Roland Garros on Saturday.

The Serb was efficient on Court Philippe-Chatrier as he won his 51st match on Parisian clay in two hours and two minutes.

Djokovic broke twice in the opening set and raced to a 5-1 lead in the second. Bedene broke back once, but the Belgrade native continued to dominate. The two had traded break once in the third set, before Novak made two more breaks, racing to beat the dark. The three-time runner-up wrapped up victory at 21:30 local time, just before play would have been suspended because of bad light.

“I tried to come up with the right tactics and execution of the tactics, which I did,” Novak said. “I played very well. There were a couple of long games where I didn’t use my opportunities. But, I closed out two sets pretty well and started the third great… We went deep into night. I think we played to the maximum extent of time we could, with the light. I’m just glad I managed to finish tonight.”

Up next for Novak is no.14 seed Roberto Bautista Agut who eliminated next generation star Borna Coric. Djokovic leads their ATP Head2Head rivalry 4-0.

The last 16 clash will be played on Tuesday, as all Monday matches have been cancelled due to rain.