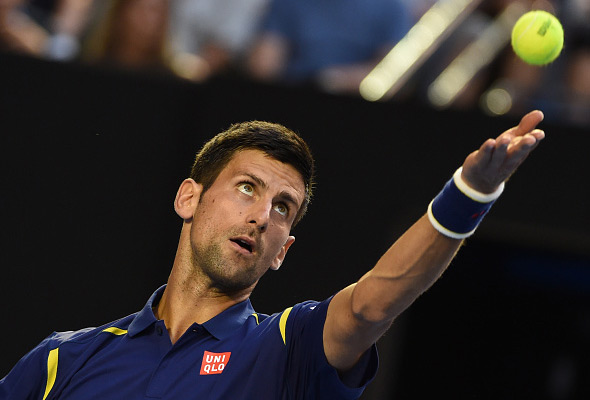 The Serbian and world no.1 produced dominant display against no.7 seed Kei Nishikori on Tuesday evening, sealing a commanding 6-3, 6-2, 6-4 victory to set up a last four encounter with no.3 seed Roger Federer.

The Belgrade native is through to the semi-finals at Melbourne Park for the sixth time and has a 55-6 tournament record.

Novak was in cruise control from the very beginning. After easing into a two-set lead, the defending champion was made to work a little harder in the third. The players had traded breaks twice before Djokovic made a crucial break in the seventh game and consolidated it for 5-3 lead. He served it out two games later, improving his career H2H mark with the Japanese to 6-2 after two hours and seven minutes of play.

“I know Kei very well. He’s not afraid to come out and be aggressive. I needed to weather the storm and I thought I did well in the important moments,” said Novak. “I have to be satisfied. I reached semifinals. I won against a top-10 player in straight sets. Comparing to the fourth round match, this was much better. That makes me confident and encourages me for the next one.”

On his semi-final opponent, Nole said: “It seems like half of my career match-ups are with him. It’s always a great challenge. I have so much respect for him. I’m expecting a great fight. Roger is playing really terrific tennis in last two years. We played two Grand Slam finals last year. I know very well how good he plays, especially in the later stages of a major event. He always makes you play your best. My best is what is going to be necessary to win against him. Hopefully I’ll be able to deliver.”