Novak sails into third round in Cincinnati 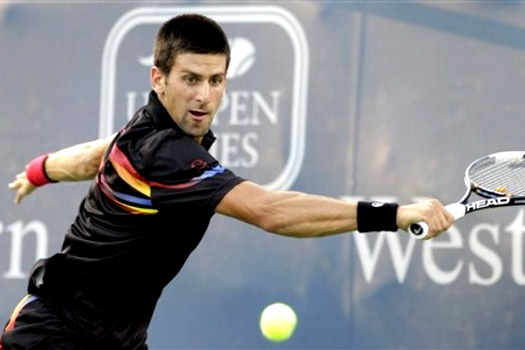 Nole needed 76 minutes to advance into the Western & Southern Open third round on Wednesday evening.

Djokovic sealed an unusual first set in 44 minutes. Harrison failed to win a single service game – the two he won were both breaks. Nole broke his opponent’s serve four times.

The 24-year-old Belgrade native capitalised on his break point in the second game of the second set and held for 3-0 lead. Both players held their serves till the end of the match, Novak closed it 6-3 to continue his 2011 run.

“It was a slow start, not a good start. I was serving not so great today. I think everything else was quite good,” said Novak. “From the baseline I wasn’t making a lot of unforced errors. I was returning a lot of balls in and played quite good really for the opening match. It’s totally different conditions from Montreal, so you got to get used to that… it’s much faster here. Ball flies through the air faster, so it’s really hard to control.”

The Serbian, who won Montreal Masters on Sunday, will take on world no.29 Radek Stepanek on Thursday about 14.30 local time (20.30 CET).