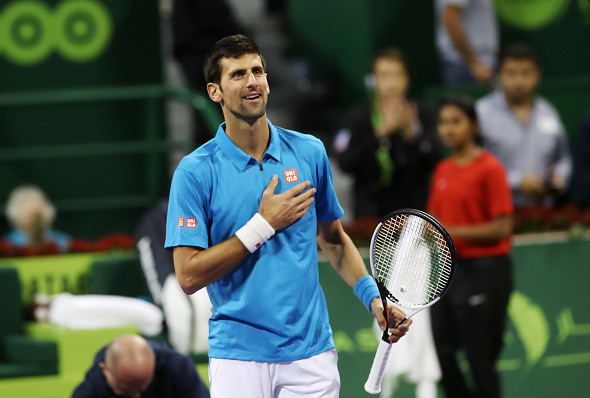 World no.2 Novak Djokovic maintained his winning start to 2017 with a hard-fought victory over Fernando Verdasco at the Qatar ExxonMobil Open on Friday.

Novak started the match strongly and raced to a 4-2 lead but the Madrid native, a former world no.7, clawed his way back with a double break and took the opening set winning four games in a row.

Verdasco broke the Serb in the first game of the second set, but the no.2 seed stepped up a gear and broke back in the fourth game to level. Nole continued to struggle with his game in a tie-break as he found himself 2-6 down. At this point, it seemed improbable that the defending champion would find a way to win, but he managed to come back from the brink. The Belgrade native saved five match points before capturing the second set tie-break 9-7.

Djokovic broke the Spaniard twice in the deciding third set and advanced into his second final in Doha after two hours and 22 minutes of play.

“I can’t describe the second set in one word. I’d like to say tough luck to Fernando, he was clearly the better player for a big part of this match,” said Djokovic. “He had some big forehands; he should have finished it off and he didn’t. The conditions again were not great…we struggled with consistency. It was definitely one of the most exciting matches I’ve played. I don’t think I’ve saved five match points in my life too many times.”