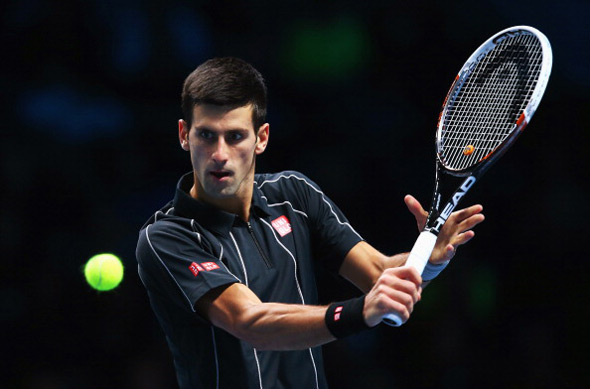 Defending champion Novak Djokovic beat Richard Gasquet for the eighth straight time on Saturday to finish Group B with a perfect 3-0 record at the Barclays ATP World Tour Finals.

Novak broke Gasquet in his opening service game and kept the advantage till 5-4 when he was serving for the set. Richard broke back and forced a tie-breaker. Djokovic wrapped it up 7-5, making one mini break more than his opponent.

A break in the third game of the second set was enough for Gasquet to take it 6-4. That’s the first time that the Neuchatel resident has taken a set off Nole since his only victory over the Serb back in 2007.

The 26-year-old Belgrade native made a crucial break in the second game of the decider. He closed the match at the second attempt firing an ace.

“I knew coming into this match that I qualified for the semi-finals, and even though I really wanted to perform at my best Richard came out really aggressive and I didn’t move too well,” said Novak. “Richard has one of the best backhands on the tour. It was a pleasure to play against him.”

The 2008 and 2012 titlist will face Stanislas Wawrinka in semi-finals on Sunday (21.00 CET). The Swiss finished second in Group A, behind top-seeded Rafael Nadal.

Djokovic leads Wawrinka 14-2 in their ATP H2H series and has won their past 13 matches.

Before Nole and Stan take to the court at the O2 Arena, no.1 Rafael Nadal and six-time former champion Roger Federer will square off for the 32nd time (15.00 CET).