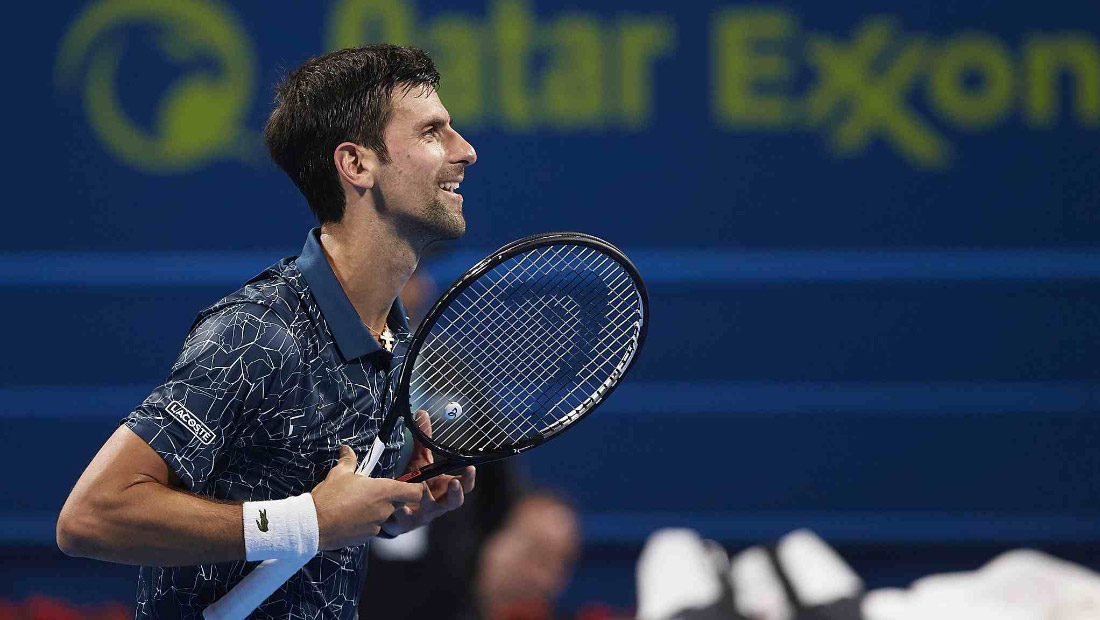 Novak sees off Basilashvili challenge to advance into last 4

Novak overcame a formidable challenge from no.5 seed Nikoloz Basilashvili, having to come from a set down to progress into the Qatar ExxonMobil Open semi-final.

The top-seeded Serb needed one hour and 56 minutes to defeat the Georgian 4-6, 6-3, 6-4 and seal the second win in as many career meetings between the two.

Novak was made to work hard once more at the ATP 250 event in Doha on Thursday as the two-time former titlist fought back from a set down for the second day in a row.

Basilashvili opened with his aggressive style of play, breaking in the first and fifth games en route to a 4-1 lead. Though Novak broke back once, he remained calm under pressure to take the first set.

Djokovic regrouped quickly and responded well by taking a 3-0 advantage in the second set. He also broke early in the deciding third, but his rival broke back immeadiately. The 31-year-old Belgrade native made a crucial break in the fifth game and served it out to love to advance.

“I thought Basilashvili was playing terrific from the beginning. I expected him to,” said Novak. “I knew that he’s playing probably the tennis of his life in the past 10 months, and he’s definitely one of the greatest hitters in the game.”

It will be the eighth career encounter between Djokovic and Agut, Nole leads their ATP H2H 7-1.

Novak and Marko fell in the doubles semi-final thriller, losing to David Goffin and Pierre-Hugues Herbert 1-6, 6-3, 13-15.

The Djokovic brothers had saved two match points before earning their chances to win. They failed to capitalise on three match points and the Belgian/French duo eventually used their third opportunity to book their place in the final.