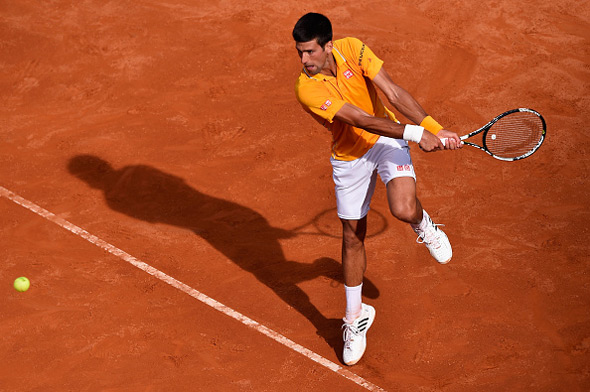 World no.1 Novak Djokovic stayed on course in his bid to lift the Internazionali BNL d’Italia trophy for the fourth time, after rallying to defeat Thomaz Bellucci 5-7, 6-2, 6-3 on Thursday to reach the quarter-finals in Rome.

The top-seeded Serb improved to a 3-0 lead over Bellucci in their ATP Head2Head series.

Novak was broken in the 11th game of the opening set, but recovered in time to close out the win in two hours. The defending champion regrouped quickly after falling behind and broke twice in the second set to level the match.

Nole had a 4-2 lead in the decider, but the Brazilian looked to stage a fightback, breaking back immediately. Djokovic regained his momentum to break again in the eighth game before serving out victory converting his second match point.

“He kept me off balance with the variety on his serve,” Novak said. “I couldn’t quite find the right position where to stand on the return. It was a hard-fought match and I have to give him credit for the way he played.”

For a place in the semi-finals, Novak will play against no.5 seed Kei Nishikori of Japan (3-2 H2H), who beat Viktor Troicki in straight sets.

The 27-year-old Belgrade native is looking to win his 24th Masters 1000 title, which would surpass Roger Federer (23) and be three short of Rafael Nadal (27).